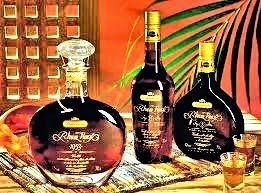 The Damoiseau line of Rhums from Guadeloupe in the Lesser Antilles Islands of the Caribbean, while not true Agricole (AOC) rhums carry many of the characteristics of many of the fine French style rhums.

Roger Damoiseau bought the estate from the Rimbaud family in 1942.  An abandoned factory of the late 20s, that the Damoiseau brothers would spend the next 40 years renovating the estate to it's present condition. Trees had taken root in the buildings and everything was in complete disrepair and needed to be rebuilt.  The distillery would be gradually revived and the Damoiseau Brothers would  begin the manufacture of agricultural rhum and abandon the industrial rum previously produced on the estate. 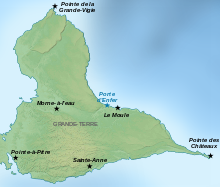 The Damoiseau Brothers cultivate 160 plus acres of cane in Le Moule, Grande Terre and buy the rest of its needs mainly from small planters.  Grande-Terre's indented coastline is surrounded by coral reefs and the island itself is a limestone plateau. Its surface is a series of rolling hills, white sand beaches and cliffs. The island's beaches consist of both white and black sands, as well as beaches of golden sand. Of the two islands, Grande-Terre is home to the majority of Guadeloupe's farmlands and tourist resorts.

Aging takes place in a cellar built in 1982.  There are over 1400 drums each containing some 53 gallons of Rhum that are being stored in the aging warehouse.   There are many Damoiseau Rhums that are aged for long periods of time and boast tremendously fine flavors.  1953 is one of the Flagship expressions offered by the Damoiseau Brothers.
A friend of mine stopped by the other day and brought me a bottle of Damoiseau Rhum Ambre .  It was time for me to start a research project to determine what I was going to do with it.    Damoiseau Rhum Ambre is a straw colored rhum that is aged for 1 year in oak.   It has a sweetness of vanilla and cinnamon on the nose with a bit of a fruitiness along with an aromatic sweetness on the palate.   This is a definite mixing rhum and one that I think will work well for me to make a Ti Punch with.   Ti Punch is a very popular cocktail among the French speaking states around the Caribbean.   It is time to look for a traditional recipe for Ti Punch that I can use to put my newly acquired bottle of rhum to good use with.

Ti Punch
Pour the rum and sugar into glass. Then squeeze the lime disc between your finger and thumb, then drop into the drink.   This expels the oil from the skin and little of the juice into the Ti Punch.   Lastly stir and consider adding two or three ice cubes.   Opinions differ as to whether it should be served with or without ice, but most agree that the "real" ti' punch should be served without ice.   However, adding a small amount of ice allows the flavors of the ingredients to blossom.
Ti Punch is similar to a daiquiri, but has a definite French flavor, the combination of the agricultural rhum and the oils from the lime rinds give Ti Punch a truly distinctly flavorful cocktail.  ;o)