Troy Roberts, of  Drum Circle Distilling, discusses the planned expansion of  the company's production facility in Sarasota.    Troy is expected growth justify the increased production plans for  Siesta Key Rum from 60,000 to 100,000 bottles per year.


There plans are calling for doubling the size of the distillery.  He and his dad will be knocking a hole in the wall Wednesday. According to Troy, "Now, we produce around 60,000 bottles per year,". "We'll be able to increase that to 100,000 bottles per year."    The increased production will not hurt the quality of the rums, but rather make them more readily available. 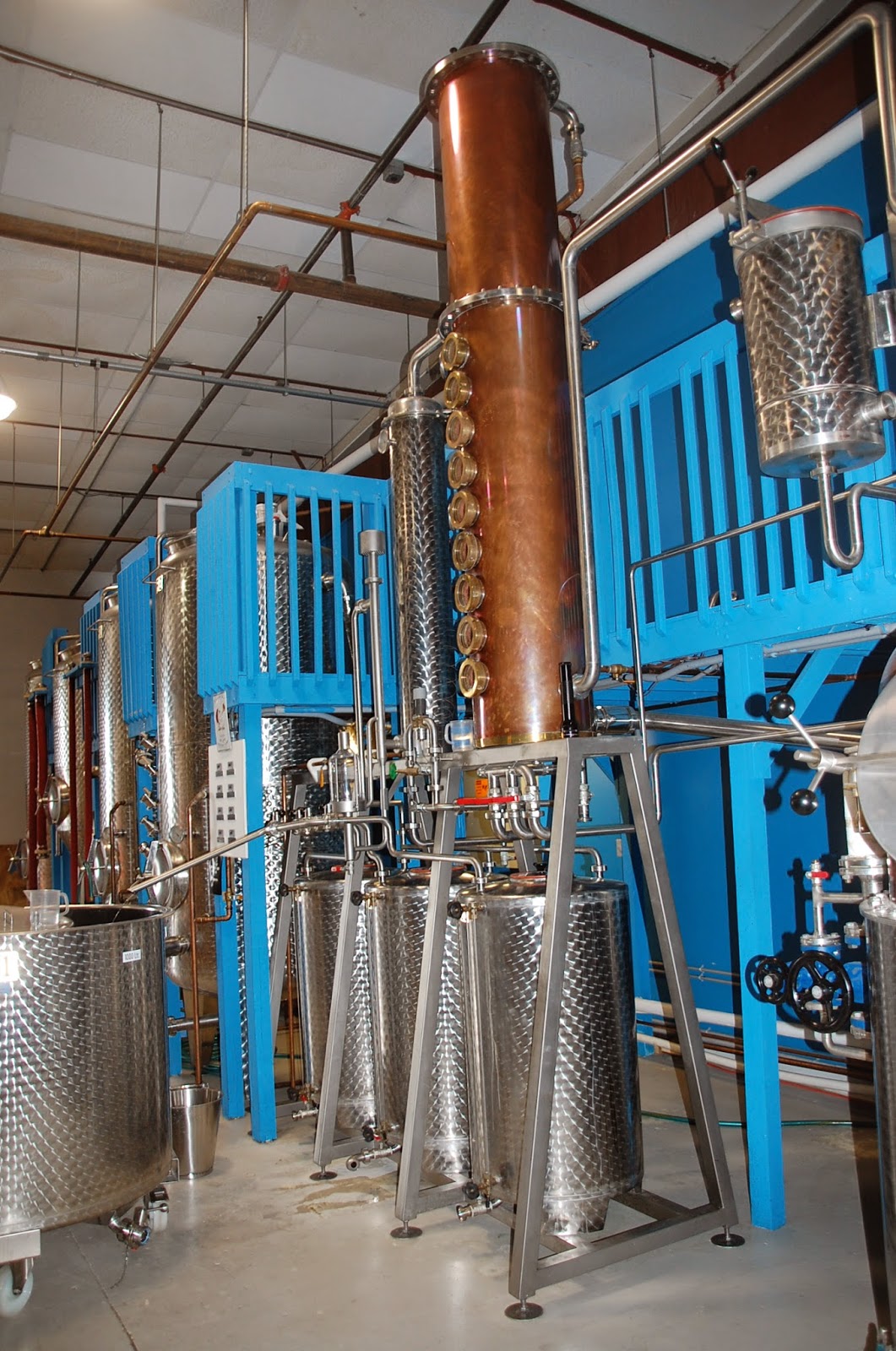 Troy  plans to use most of the extra space simply for storage, mostly for bottles and molasses totes.  "Right now, we can't keep enough raw materials on hand," he said. "We've been forced to order when we're about to run out."  The acquisition also gives the distillery 15 more parking spaces and a loading dock.  But, more importantly, it will also provide enough room for another distilling tank, which is sorely needed.

Demand for his rums has been staggering of late.   "We had good, steady growth, but then somehow toward the end of last year, things just exploded," he said. "There were friends bringing friends here. There was the winning the Caribbean Journal award three years in a row, but the Toasted Coconut Rum just blew things through the roof."
One distributor, Broudy's, will ship Siesta Key rums to individuals nationwide. Right now, they have the only cache of Toasted Coconut around (broudys.com).
Posted by Bahama Bob's Rumstyles at 5:00 PM No comments:

Miami Rum Renaissance Festival is about to get underway, and what has become a traditional trip from Key West to Miami.  This morning we departed Key West and made a first stop at Baby's Coffee for coffee to get the eyes open and ready to start the journey in earnest.   And away we go, first stop is Boondocks on Ramrod Key and a lets get going cocktail.  Then it was a left turn off the Overseas Highway in Big Pine Key through the narrow roads and lunch at No Name Pub.  Lunch was seriously good, so with full bellies it was back on the road and looking for our next stop.


﻿﻿
Just a few miles up the road we spotted a vista point that opened up visions of the old rail and highway bridge at Bahia Honda State Park.  The combination of the water, land and the bridge made for some very spectacular sights.   The tide was out and the tide pools were full of interesting life forms including sargant major fish.  The wild flowers are blooming making the visit very beautiful and colorful.   Then it was on to the Seven Mile Bridge and right on through Marathon.

We kept under way until we reached Bud and Mary's Marina and we stopped for a shot of nature in action.   Between the variety of birds and the Tarpon, Rays and the Sharks in the water we had a really exciting show of nature's beauty and ferocity    .  Tarpon clearing the water to catch a piece of fish from the cleaning tables and pelicans competing for every scrap that is being discarded. 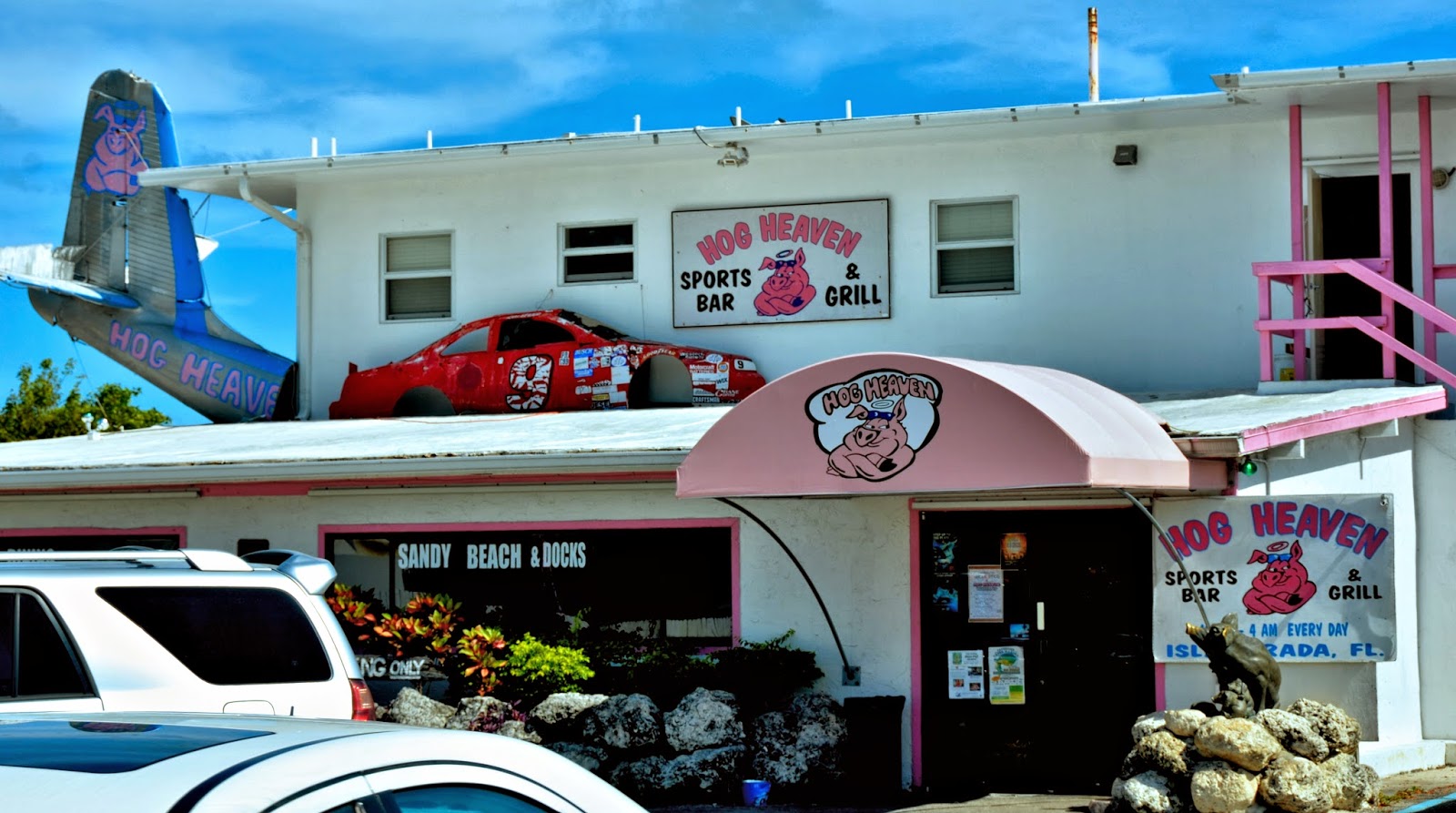 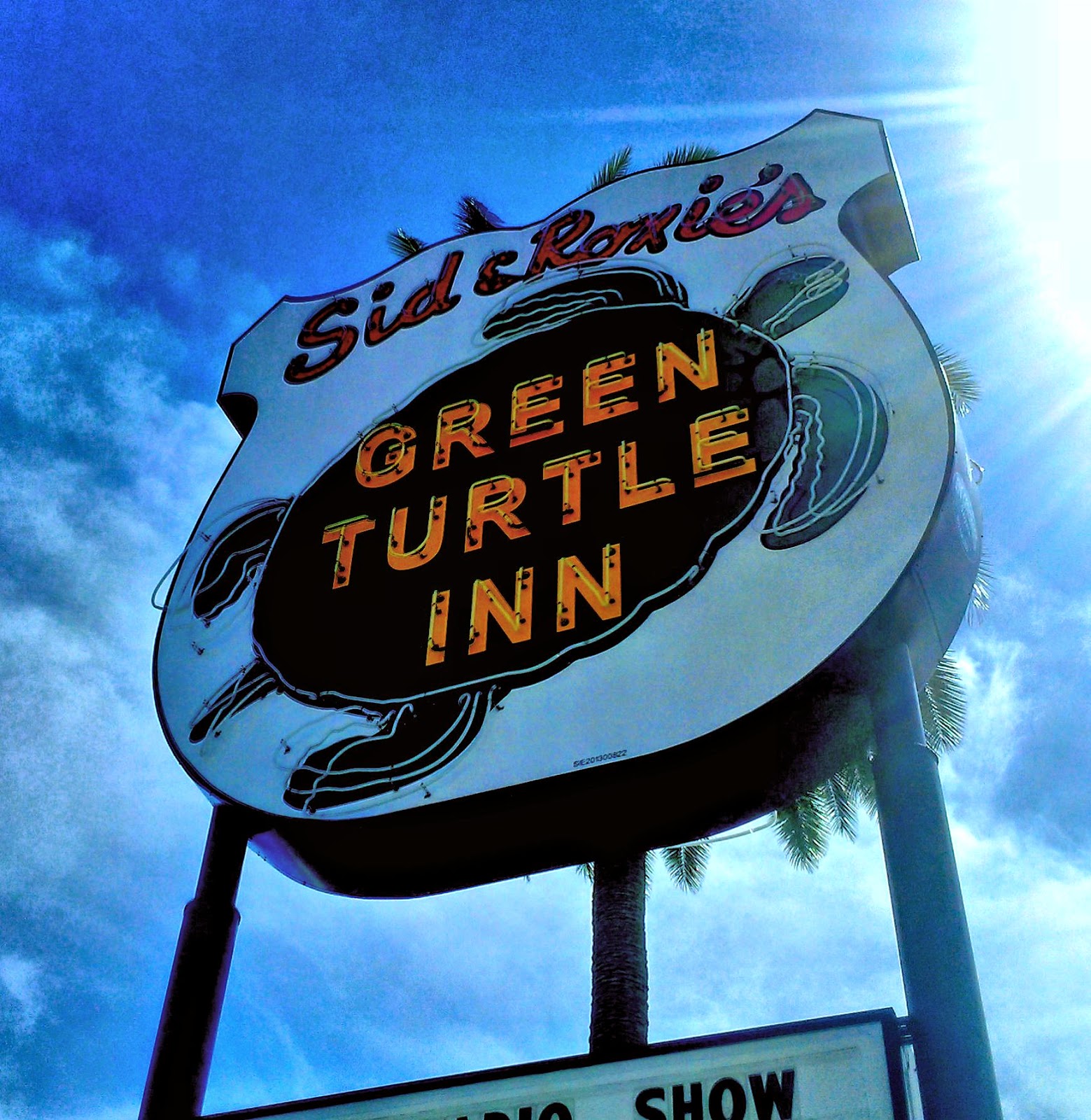 A quick stop at the Green Turtle Inn, only to find that they were closed on Monday, so it was off to Hog Heaven there in Islamorada.   This is another of the fun bars that line the keys.  Great memorabilia  and tunes plus a fabulous
bar and foods.

Next it was a stop at the Caribbean Club in Key Largo.  What a fun spot Key Largo, but fantastic views of the Gulf of Mexico out the back door.  This is a place filled with very interesting people and a wonderful selection of cocktails.
with a great selection of  souvenirs
from the filming of the movie. 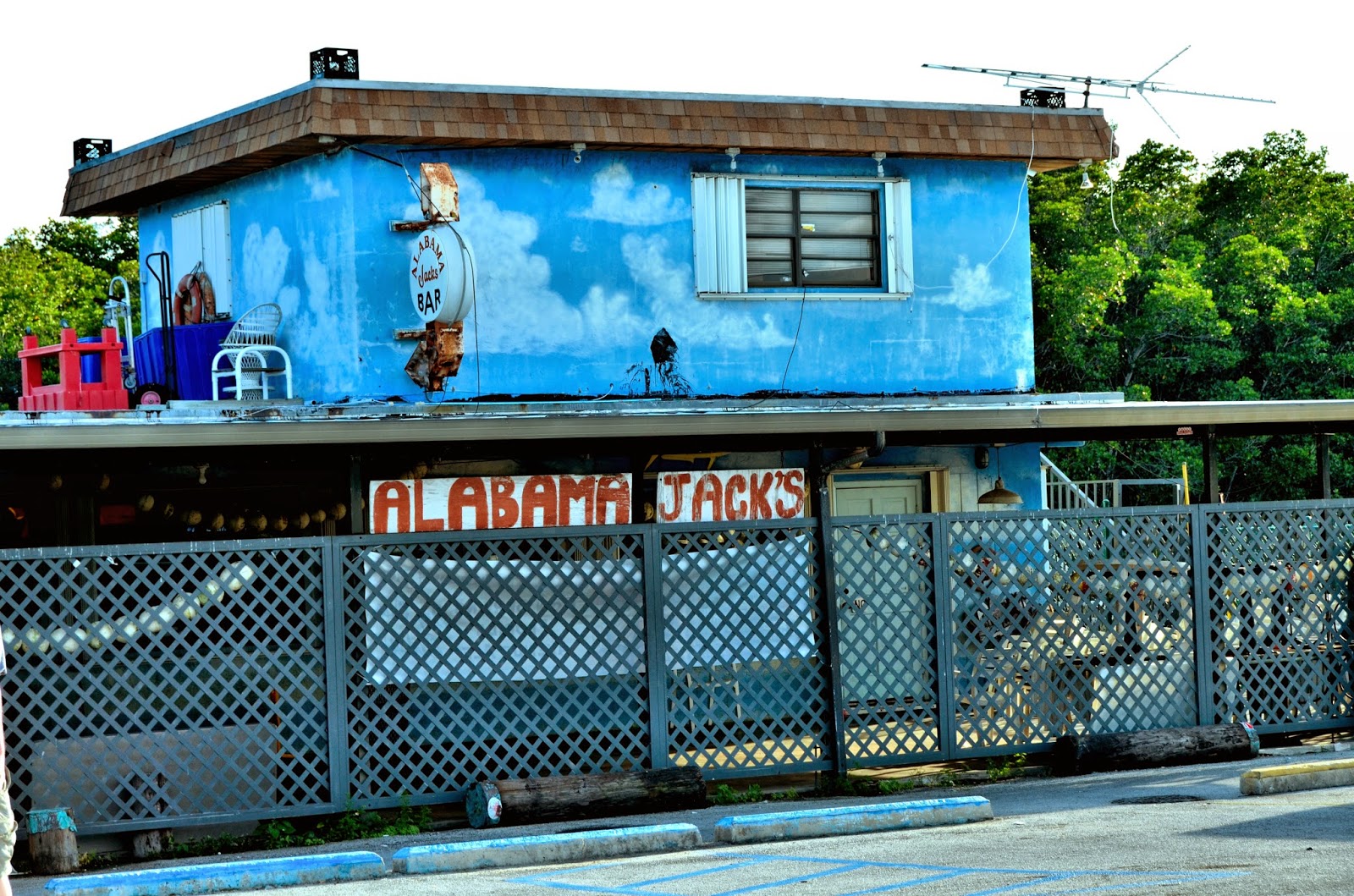 Our final stop meant leaving the Overseas Highway again and heading down Card Sound Road.   Just past the toll booth is Alabama Jacks,   This is a great dive bar that lays in the middle of nowhere, but has such a great vibe.   They were closing for cleaning, but they invited us in for a cocktail, because it would have been the second year that we were headed there and had something happen that we would be able to enjoy a cocktail there.     After a quick cocktail, it was off to Miami and check in at the Double tree and a good nights sleep before the rum judging gets under way tomorrow.
I have to say that the trip to the event is really one of the highlights of the week of rum and reunion with so many rum friends.   ;o)