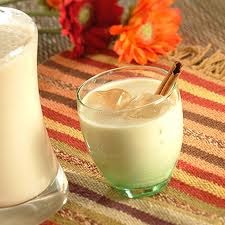 Today let's look at some of the more popular cocktails that I was able to try while in Panama.     The variety is quite large, but the spirit of choice for the most part was either Seco Herrerano, Rum, or Scotch.      With Valera Hermanos being the largest producer of cane spirits in Panama most are utilizing their products.     Lord Panama is one of the most popular, which is a curious combination of anejo rum, sweetened iced tea and lime.     This is a very refreshing afternoon by the beach cocktail that is popular especially on the pacific side of  Panama.      With all of the tropical influence, I keep picturing Panama as an island rather than an isthmus.

Seco Herrerano is by far the most popular spirit in Panama.     The "populous" consumes the largest amount of it, in a variety of ways,     You can drink it on the the rocks with lime, with tonic and lime and one of the most popular among the people in cantinas and in the countryside is with milk.     Seco Sour is a very good drink that is a combination of Seco, sour mix and a dash of angostura bitters.    The western side of Panama seems to favor the "Chichita Panama", a combination of Pineapple juice, grapefruit juice and Seco Herrera.     I guess what makes this cane spirit work so well is the fact that it has many of the characteristics of vodka, while still being a cane spirit.      This very neutral spirit can be mixed as you would with vodka, and still be rumstylin'.     It has been my experience that the happiest drinkers are the ones consuming cane spirits and this is a happy alternative to the expensive and mundane lines of vodkas.

I guess that I have to say that my tasting of cocktails in Panama was one of discovery of new spirits and new ways of experiencing them.    Seco Herrerano is available here in the United States and is a real find for those that have had enough of the vodkas.     By the way you can stop by the Rum Bar in Key West and share a Seco Herrerano cocktail with me when you are there.     ;o)
Posted by Bahama Bob's Rumstyles at 9:41 AM 1 comment: Links to this post