This really sums it up for this adventurous Key West legend.  "Anthony Tarracino, known to one and all as Capt. Tony, spent two years as mayor of Key West, Fla., and 60 years as one of the most colorful characters in an island city full of them. During his 92 years, he was a bootlegger, gambler, gunrunner, saloon keeper, fishing boat captain, ladies' man and peerless raconteur. He died Nov. 1 of heart and lung ailments in Key West." 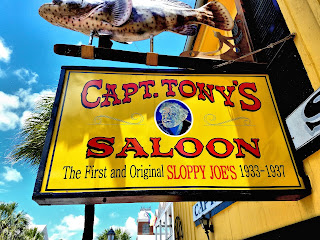 "Tarracino survived on his wits and cunning long before his arrival in raffish Key West in 1948 with $18 in his pocket. He spent more than three decades as a charter boat captain and for 28 years owned a dank, musty bar that once doubled as the city morgue." 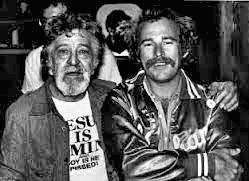 Captain Tony's Bar is still operating today and you can still feel his presence every time you stop by.   This is the same man that gave Jimmy Buffett his start and had so many friends here in Key West.  We really miss you my friend.
Posted by Bahama Bob's Rumstyles at 5:33 AM No comments: