Cachaca is a Brazilian sugarcane brandy, known by the natives of Brazil as Batidas.    Usually distilled directly from the sap of the sugarcane plant.  The sap is generally fermented for two to three weeks in copper or wooden vats, then distilled in pot stills.  The majority of cachaca's are not aged, but there are some premium ones that have up to 2 years in the barrel and filtered back to a clear color again. 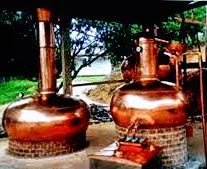 Cachaca has become popular primarily because of the Brazilian cocktail known as the "Caipirinha" or peasants drink.  The original recipe only calls for lime juice, sugar and cachaca.   It is most commonly mixed right in the glass from which it will be consumed.  There are several other "Batida" cocktails that are very simple out there, but make sure that the mix has a certain amount of sweetness and fruit juices, because Cachaca is a very basic sugarcane spirit that has a strong bite and grassy flavor.  Generally when  found in Brazil in an "overproof" expression that has some serious bite if you try to consume it straight.

Classic Caipirinha
Combine the lime, sugar, and ice in a sugar lined tumbler and stir until sugar is dissolved.   Add Cachaca and stir again, garnish with a lime wheel 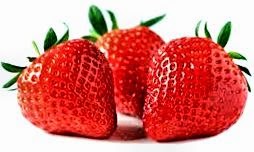 Bahama Bob's Batida de la Fresa
Place all ingredients in a blender with ice and blend until smooth, pour into a chilled cocktail glass and garnish with a fresh strawberry
Posted by Bahama Bob's Rumstyles at 7:00 AM No comments: