There has been a huge push for the calorie labels to be put on your favorite spirits, wines, and beers, but what will be the real effect of this push.  Recently there was an interesting article in The Drinks Business, taking an interesting look at another side effect of the new labels.

Labels carrying calorie information on beer, wine and spirits are causing an increased number of people to swap food for alcohol, prompting concern among health experts.   Dubbed by doctors as “drunkorexia”, an increased number of people are swapping their food calories for alcoholic drinks which contain little or no nutritional value, according to The Times.   Worrying also is that people therefore will tend to drink on an empty stomach, making the effects of alcohol more acute. 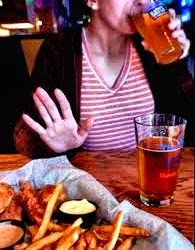 Adrienne Key, consultant psychiatrist and lead clinician for eating disorders at the Priory Hospital, Roehampton, said that calorie information on drinks products was harmful for those with eating problems.   She said, “Recently the advertising of the number of calories in a glass of wine and other drinks, designed to help the population as a whole control their intake, has led to a minority adapting their diets to cut out food to allow for a drink. When someone already has a low weight, it quickly becomes an issue.”
Read More at http://www.thedrinksbusiness.com/2015/02/calorie-info-sees-rise-in-drinkorexics/ 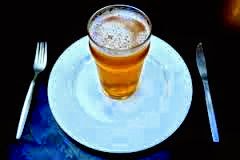 There are always side effects from everything, but drunkorexia is an interesting point that makes me wonder.  I wonder how much people will really be tempted to trade booze for food in reality?   I hear that this is a popular concept among college age people, but there are several other youth concepts that most of them grow out of.  Surely there is some validity to this idea, but  " Aren't beer calories the same as food calories"?  ;o)