From a Fort to an Insane Asylum to a Bar

Fort Matthews in Grenada has one of the strangest histories of any place that I have ever been.  It started life as a Fort on the hills overlooking the City of St. Georges, Grenada.   As it began to deteriorate, it became the island's insane asylum and today nestled in the catacombs of the once proud fort is a quaint and comfortable bar.

Our visit to the bar was at the end of a long day of traveling around the island visiting rum distilleries, chocolate plantations, national parks, and a whole lot of other interesting places here in Grenada.   As we entered the fort it became clear that this fort was in ruin from many years of deterioration and bombardment. 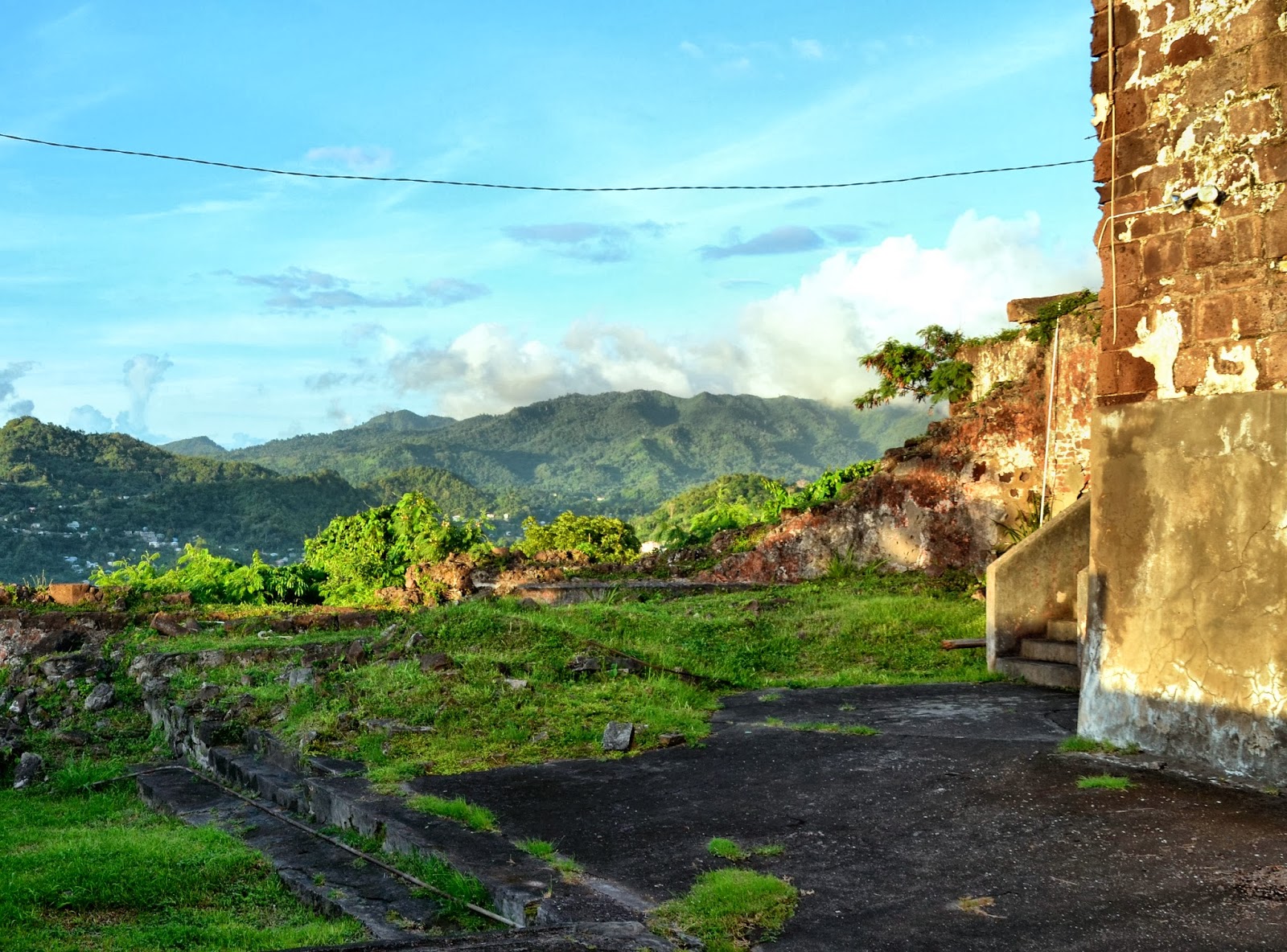 The fort was built by the French in the era around  1791 and originally along with Fort Fredrick were the "back to back forts that were built to protect the "high grounds" above St. Georges to prevent the British from attacking like the French did to seize the island..  The fort has a colorful history, it began live as a noble fort, but later became a place to house the insane.   In 1983 is was mistakenly bombed by the invading Americans.  Fort Fredrick or Fort George were the active military forts at the time. 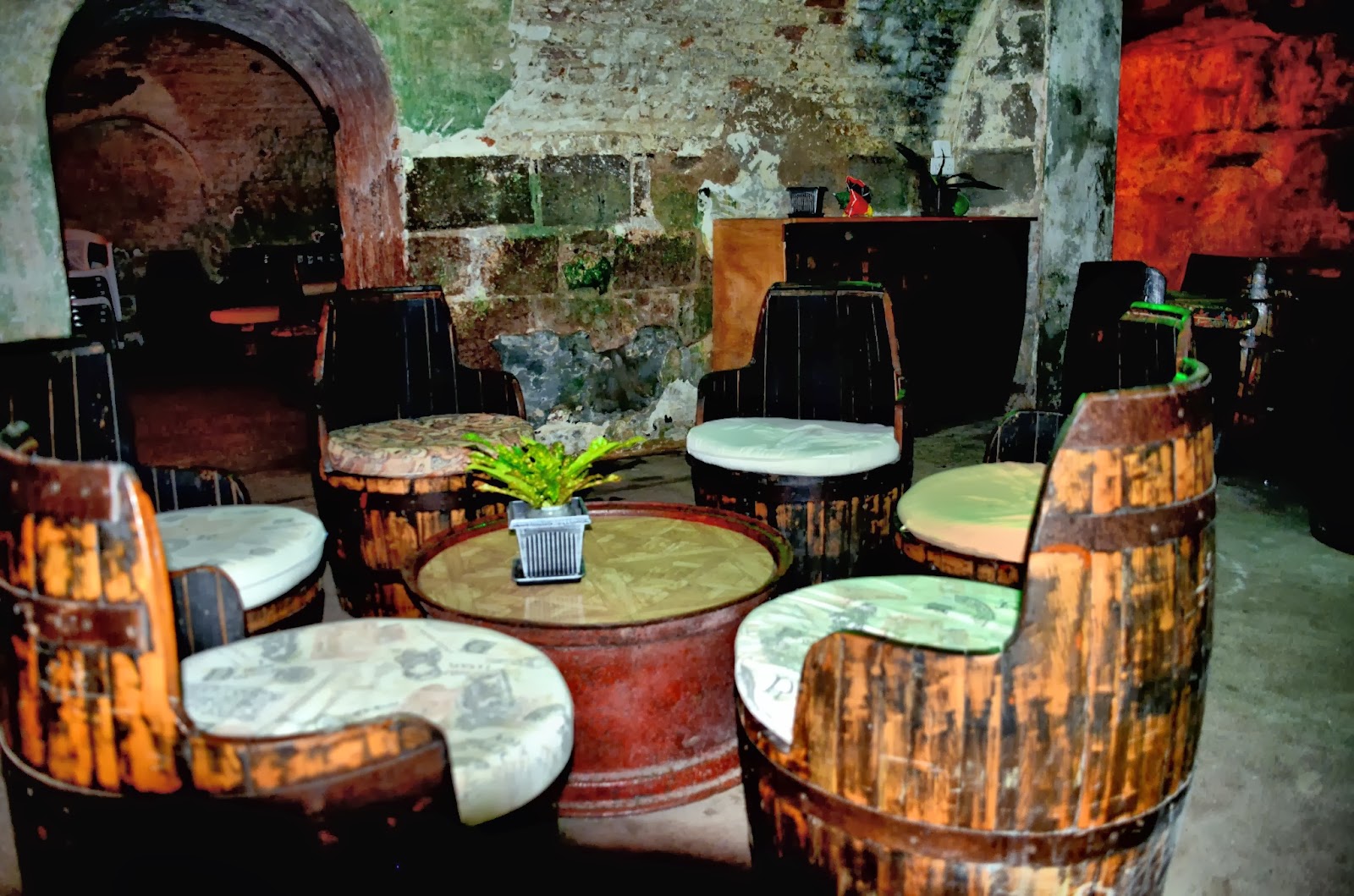 The fort today is finally undergoing some restoration with the help of Clarke's Court Rum.  One of the new features of the fort is a great little cocktail lounge that is located deep into the tunnels of the fort.  Serving cocktails in an atmosphere of an old grotto  with colorful low lights that bring everything to life down there.  It is the perfect place to sit on the rum barrel chairs and sip a Clarke's Court #37 rum. 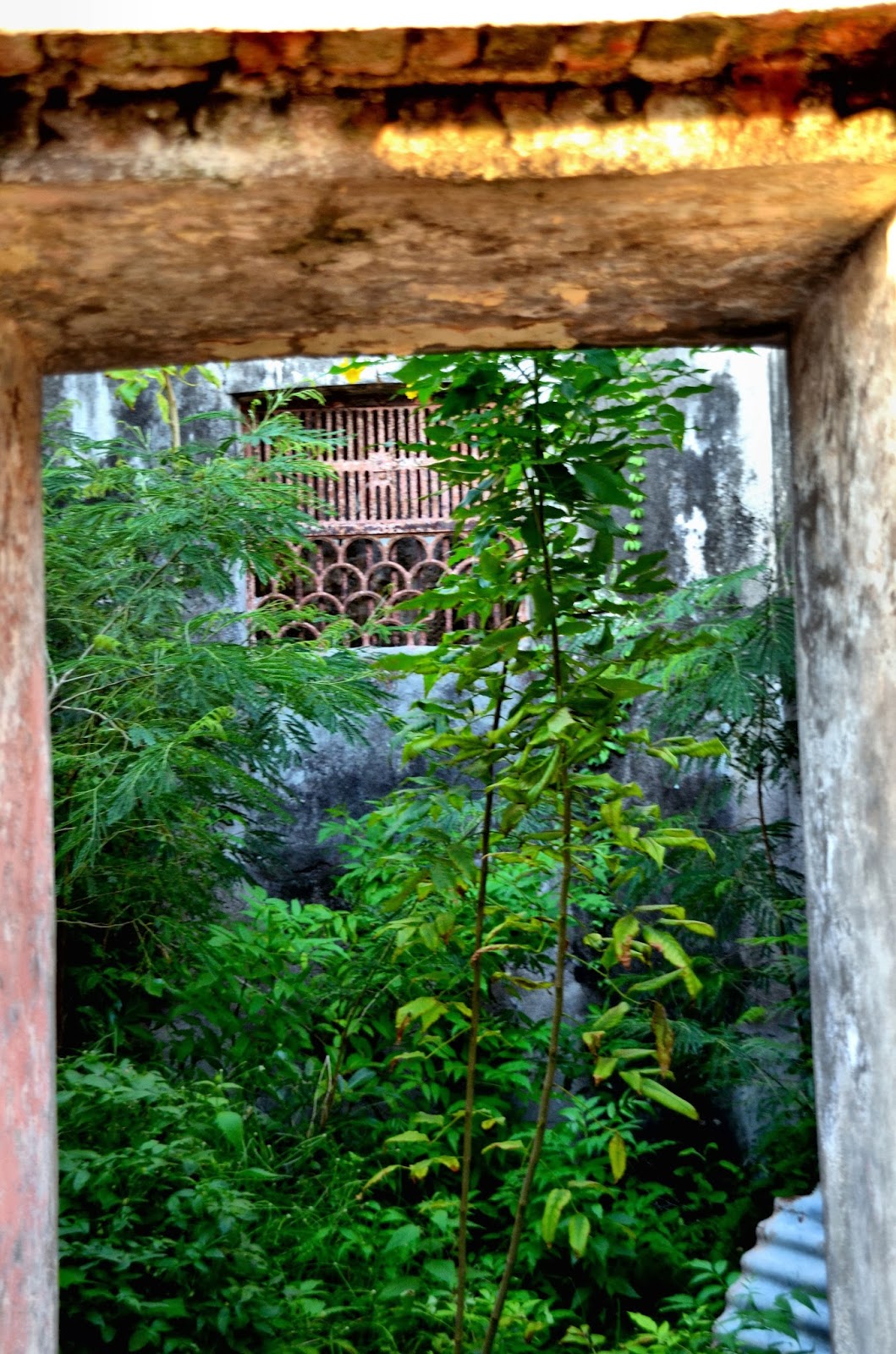 As you walk out of the bar into the tunnels you will see the tiny rooms that the detainees once occupied and look out the windows to the courtyard below.  You get the feeling that you are in a maze in which you may never return, but the pathways is well lighted and you can easily navigate around the tunnels and see the interesting structures.

If you should find yourself visiting Grenada, you will find the islands very warm and inviting, with so many places to see and things to do. but don't miss the "back to back" forts at the top of the hill overlooking St. Georges.  ;o)
Posted by Bahama Bob's Rumstyles at 8:28 AM No comments: