December 5th is the 85th Anniversary of the Repeal of Prohibition

Next week on December 5th, we celebrate the 85th anniversary of the repeal of Prohibition.  This was America’s failed experiment into restricting the consumption of alcohol, while the days of the speakeasy and bootleg alcohol trafficking have been left far behind us,  a new era of Prohibition-like ideas are once again showing their ugly heads in public discourse and debate.   Some of laws that surround the use of alcohol continue to loosen.   While some local level, states and municipalities continue to walk back restrictions on where and when alcohol can be sold.   An anti-alcohol agenda fueled by rhetoric promising increased safety and better health is being advanced by a new group of activists, researchers and policymakers.
Utah will become the first state in the country to lower the legal blood alcohol limit for driving from 0.08 to 0.05. While proponents masquerade the policy as “tough on drunk driving”, the move, in practice, is an affront on moderate and responsible alcohol consumption.   It takes very little alcohol to reach a 0.05 BAC. A 120-pound woman can hit that level after consuming little more than a single drink, while a 160-pound man will round the threshold after two.   It’s clear where the problem lies, and it isn’t with someone who enjoys a glass or two of their favorite beer, wine or spirit before heading home.   herefore, although lowering the legal limit may sound good on paper as a strategy to save lives, the policy will only divert limited traffic safety resources from focusing on the truly dangerous and legitimately drunk drivers on the road. All while suppressing moderate and responsible social drinking at bars and restaurants. 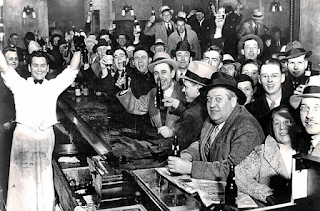 Prohibition during the 1920’s and 1930’s was a huge mistake that brought about serious consequences in this country.  This year we get the privilege of celebrating 85 years since the repeal of Prohibition.  Hopefully those that are trying to bring it back will look beyond the simplistic rhetoric and look at the reality of banning something that the majority of Americans still find enjoyable.  The key to the issue lies in the way people handle themselves, not a bunch of laws.