Mel Fisher: His Treasures and Trials 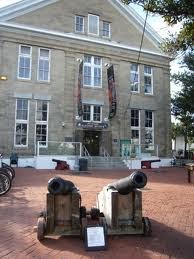 Mel Fisher, rightly called the world's most famous and greatest treasure hunter.     This dreamer and visionary did what few others have ever come close to in any field.     Mel struggled through many years of treasure hunting in the Florida Keys with his slogan, "Today's the Day" his persistence and drive kept him and his crew going til they found the gold.

Born on August 22, 1922 in Indiana, he attended Purdue University, then became a farmer.     In 1953 her married Delores (Deo) Horton, who became his business partner.     They had four children, three sons and a daughter.      Opened the first dive shop in California, and his wife also a diver set many diving records for women during those early years. 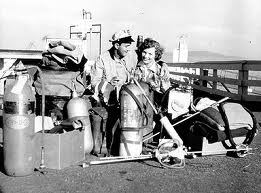 After years of hardship and personal loss, he and his crew discovered the wreck of the Spanish Galleon Nuestra Senora de Atocha on July 20, 1985.      Later the sister ship Santa Margarita and a slave ship, the Henrietta Marie were located..     There was an estimated $450 Million  booty of gold, silver, and artifacts.     After many years personal losses and  battles in court the victory belonged to him and his crew after a U.S. Supreme Court decision in his favor.    There were over 114,000 silver Spanish coins (Known as "Pieces of Eight") and some 40 tons of gold and silver recovered.    This in addition to the artifacts and gems.     The Wreckage of the Atocha lies in a sandy bottom area off the Florida Keys in a mere 22 feet of water and was located just 200 yards from where the anchor was found.

The most important of these treasures can still be viewed today in Key West at the Mel Fisher Maritime Museum.     This is also the location of the Mel Fisher Maritime Heritage Society.     There are exhibitions for conservation, education, archaeology, and the Schimmel Archive in addition to the treasure displays.     There is a shop there so you can own a piece of the history as well.      This is another of the don't miss locations in Key West to see between all the rumstylin' bar visits you will not be disappointed at all.    ;o)
Posted by Bahama Bob's Rumstyles at 9:26 AM No comments: