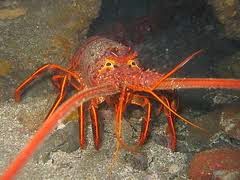 At 12:00 am this morning started what for most of the locals here in Florida one of the most dreaded events of the year.  Lobster Mini Season, two days of lobster harvest by some of the rudest and people I've ever seen.  There are constant arguments between people that think they own the ocean, and just plain undesirable people that participate.

The other problem is enforcement of limits six per person per day and no more that twelve in your possession at the end of tomorrow.   People are shuttling lobsters back to their houses and other places to prevent getting caught with too many on the boat.  Their family members that never even see the water are buying licenses to allow the harvesting of more and more lobsters. 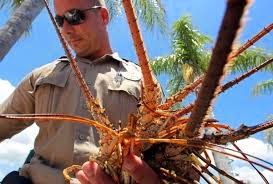 This event has such a negative impact on the tourist industry, because no person in their right mind will be on the water during this mass stupidity.  The manage to kill off several participants every year and the "sea territory" battles rage for the entire event.  The cost of law enforcement for these few days far out costs the small amount gotten from the sale of licenses.

I feel that the island and the tourist industry would be aided if this mess were dropped and replaced with nothing.  We are better off drawing our regular share of tourists that spend their money on the island instead of raping our waters and leaving their trash everywhere.
Posted by Bahama Bob's Rumstyles at 7:00 AM 1 comment: