The Kraken, That is Rumstylin 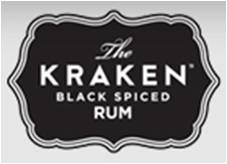 The Kraken is one of the newest additions to the spiced rum arena.     This one is unique on many fronts, first the fact that is a "Black Rum" and secondly the ingenious marketing of the product.     The Kraken is the buzz word around our Key West bars these days.     The whole concept of putting a "Beast in your belly" is really fun and appealing to a lot of young and old partyers alike. 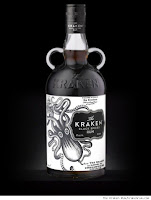 With the pirates and rum idea in full swing, the Kraken was a legendary beast that ravaged pirates and ships in some form or another all the way back to the days of Jules Verne and 20,000 Leagues Under the Sea.    "Arrrrrrr, "release the Kraken" is the call in our bar as we pour this wonderful  spiced rum as a float or as a drink.     The bottle is of the old pirate jug style that just lures you to reach out and grab it by one of the "ear-lobe handles and pour.      Everything about the package is done with a fun "tongue in cheek" chuckle except the rum.
The TV ad is more of the same fine creativity that is taking 'The Kraken" forward in rapid fashion

(http://www.youtube.com/watch?v=EuO00wEfb_w&hd=1).     This is why "The Kraken" is the nations fastest growing rum brand. 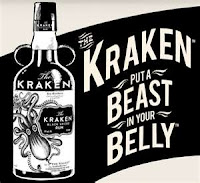 Kraken is a really nice black rum from Trinidad -Tobago, with a blend of vanilla, cloves, cinnamon, ginger, and other spices that seem to complement the flavor of the rum rather than covering it up.     The subdued aroma is the weakness in the product, but you know you have found a real rum when it hits your palate.    The finish is spicy and still retains the flavor of the rum.    Oh by the way this sea monster has a kick too, 94 Proof kick.     It really doesn't matter how you drink this rum you will feel the "beast in your belly".      Get out and enjoy it you won't be disappointed.     ;o)
Posted by Bahama Bob's Rumstyles at 9:21 AM No comments: