Bahama Bob"s Tom and Jerry for the Holidays

The Tom and Jerry is one of those hot holiday drinks that has been around for many many years.  It is a true classic that I remember even as a kid in the 50's, less the alcohol, but none the less a wonderful hot drink that meant it was getting close to Christmas.

There are a lot of recipes to make your own batter, but for me I like to head to the store and pick up one that fits my taste.  One of my favorites is Trader Vic's, it is spicy and really flavorful. 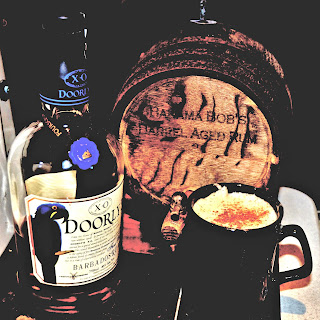 
Put 3 Tablespoons of Bahama Bob's Tom and Jerry Batter in a 8 oz. Mug,  Mix 3/4 cup of boiling water and 1/4 cup warm milk and add the rum and stir it into the batter..  Top with fresh ground nutmeg and enjoy.


Beat egg white until foamy in a large glass or metal mixing bowl until stiff peaks form.  Add Yoke  and beat with the whites.   Add the spices and Simple syrup and fold into the egg whip.