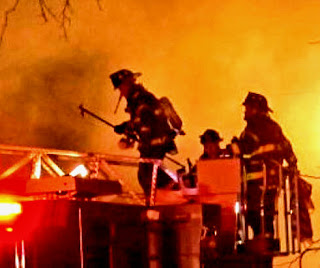 An explosion at the Island Beach Rum Distillery in Lacey Township, New Jersey this afternoon left Peter Martorelli , one of the owners with multiple burns to his body, Police Chief Michael C. DiBella said.   Peter Martorelli, suffered some first- and second-degree burns on his legs and was not severely injured the owner according to his wife and co-owner Tina Martorelli.

The business was not destroyed and will be closed for a few weeks, Peter Martorelli said.  Tina Martorelli wrote, needless to say we will be closed until further notice.  Pete seems to be alright and I'll keep everyone updated as things proceed.   Martorelli who specializes in Caribbean style rum, was distilling at the time of the explosion.   "I would like to thank everyone for their prayers and support during this trying time," he said. "We will be back and open as soon as we are able."

"Upon arrival, officers learned that a distillery within had exploded causing injury to the owner," the chief said. "The 38-year-old male from Forked River was conscious and alert, however sustained multiple burns to the lower half of his body. He was subsequently transported by Lacey EMS and MONOC paramedics to Saint  Barnabas Burn Center in Livingston, NJ."  The Forked River and Lanoka Harbor fire departments responded and extinguished the blaze.  The Ocean County Prosecutor's Office and the Ocean County Sheriff's CSI Unit assisted in the investigation.  The Lacey Police Detective Bureau, along with the Ocean County Fire Marshal's Office are on the scene. The incident remains under investigation, according to the chief. 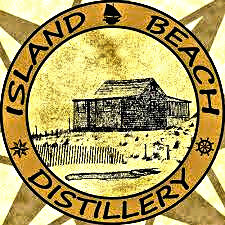 Peter Martorelli was fortunate, but this emphasizes the reasons that Distilleries are so carefully regulated for safety.   When dealing with very flammable vapors like the ones that are a part of spirit distillation, you have to be extremely careful.  The fact that you can not see the flames of an alcohol fire making the issue even more dangerous.  This can happen at any still and if you haven't taken proper precautions, it could kill those around.
Posted by Bahama Bob's Rumstyles at 5:31 AM No comments: