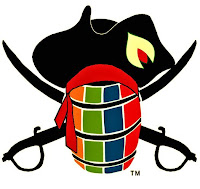 From the "Spice Isle" of Granada comes the 2013 Caribbean Rum and Beer Festival running November 22 - 23, 2013.  This is the fourth year of the festival that began in 2010 in Barbados and again for the second strait year will be held in Granada.   With the support of the Granada Board of Tourism as the marketing arm of the festival, this year promises to be even bigger than last.   According to Festival Director Ms. Cheryl Collymore, "it is truly back by popular demand in Granada.

This is an exhibition for all the producers of rum and beer throughout the region to show their products to the interested consumers that will be in attendance for the tastings .  In addition it is an opportunity to see how their products fair against the others in the region at the 2013 CAB Taste Contest.  The submitted rums and beers will be blind tasted by a panel of international experts from the beer and rum industry.    To take away one of the Gold, Silver or Bronze Medals by a brand is an extremely important honor to the producer. 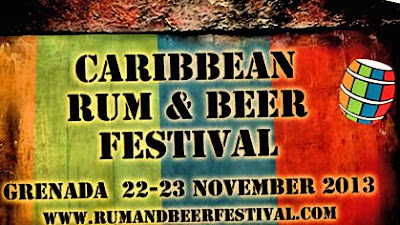 Don't forget the Master Classes by rum and beer experts, Live Culinary Displays, "Rum Cocktail Wars" cocktail challenge, and a large array of other events both nights of the festival.   There is going to be a silent auction to benefit the "Queen Elizabeth Home for Children" and the Caribbean Rum and Beer Festival Golf Tournament, none of these events should be allowed to slip by you.

If you are coming from America there are packages available through the Granada Board of Tourism, but get there any way you have to, but don't miss this years event.  For more information, go online to www.rumandbeerfestival.com    ;o)
Posted by Bahama Bob's Rumstyles at 8:22 AM No comments: