The day could not have been prettier and the winds light out of the Southeast, perfect to cruise out to Boca Grand Key.    The puffy clouds and the blue of the sea and the sky blending together was just what the doctor had called for on a day off.     This was to be a day of the dinghy, just because it was a day to be in the sun and not under the cover of the bigger boat.    The day just seemed to get better as we approached the different keys in the Lakes Passage  cruising out to Boca Grand Key. 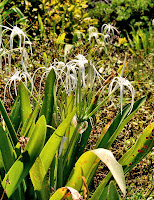 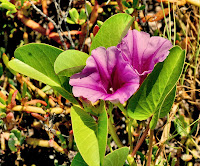 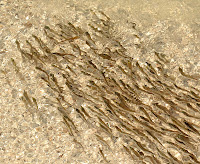 Upon arriving at our destination, we got out a nice lunch and a bottle of Atlantico Private Cask rum and a can of Barritt's Ginger Beer, great beach day combination.    This was the first trip back to Boca since January, and the flowers are bringing the wildlife preserve to life.    The fish were swarming at the edge of the beach and the sandpipers picking up pieces of food as they scurried along the water's edge.   All of the activity of the boaters on the beach had little effect on the everyday life of the birds, fish, and lizards as they went about their gathering of food.

All things considered I guess it was one of the better days that I have spent on the water this year.   Still I wish I had more time to spend there and get to know the little keys that make up the Lakes Passage.   Someday I know I'll have more time that I currently do for such adventures and when I do I'll be out there a lot more often.    ;o) 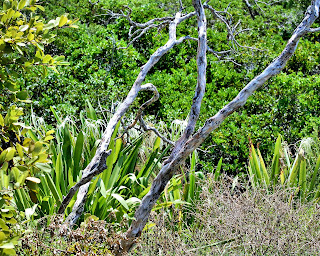 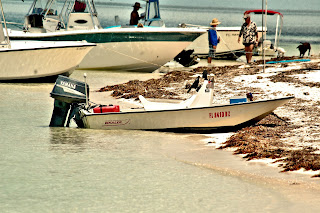 Posted by Bahama Bob's Rumstyles at 10:39 AM No comments: