Learning About the Daiquiri Floridita

The El Floridita in Havana is famous for being the place that Ernest Hemingway spent a lot of time enjoying the daiquiris that Constante Ribalaigua created.

Constante, who took over as owner of the El Floridita in 1918, created three different recipes that did not live up to what he was looking for in a daiquiri.    The fourth version, of which he was very pleased, he named  "Daiquiri Floridita".   To prepare his cocktail, Constante purchased a machine called a "Flak Mark", an  ice crusher from the United States.  He built a metal box with the bottom drilled full of holes to allow the water to drain and keep the ice in good condition.
" He added crushed ice and five drops of Marasquin, a cherry flavored liqueur made from the distillation of green cherry kernels, to the original daiquiri recipe of Jennings Cox. He mixed these ingredients in an electric mixer and served the drink well cooled in a frosted glass. The strict observation of the mixing time and of the proportions gives to the Daiquiri Floridita its characteristic density, its unique texture and its inimitable taste."

The original recipe called for the barman to put the rum in the shaker followed by one teaspoon of finely granulated sugar and not powdered sugar.  Then add one teaspoon of Marasquin (Luxardo Maraschino Liqueur), then squeeze the juice of a half lime.  Add finely shaved ice until the shaker is nearly full (Note: the ice needs to be so fine it is almost snow in its texture).  Then place the the shaker under a mixer of the type that were used to make milkshakes at the drug stores for three minutes.  The Martini glass is then chilled by filling it with cracked ice and a small amount of water.
The water and ice are tossed and the daiquiri was strained into the glass and served. 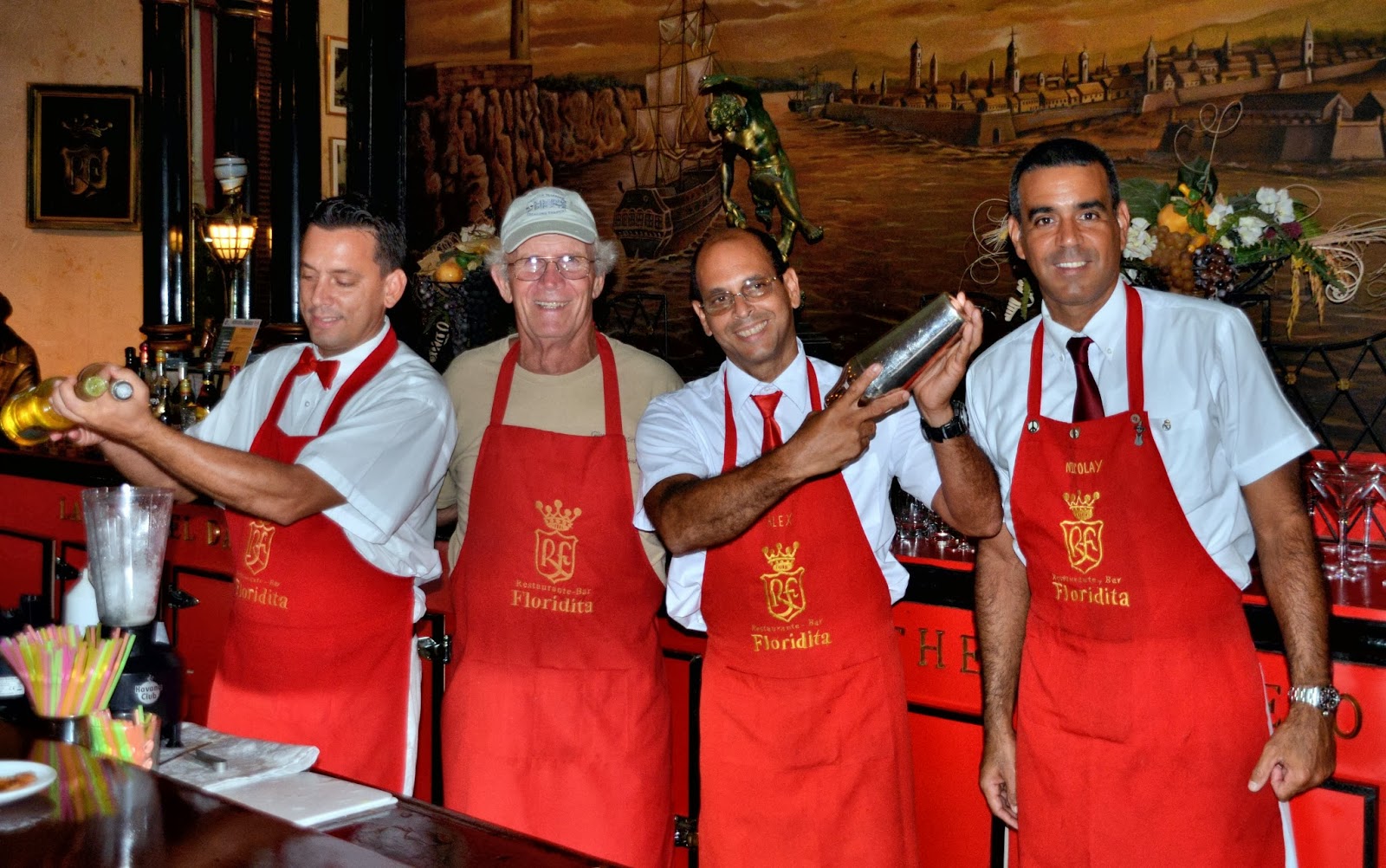 Hemingway had Constante removed the sugar and doubled up on the rum  to create his famous "Papa Dobles" or "Papa's Double".  This daiquiri known as the "Hemingway Special" this is also being served today at the El Floridita, "La Cuna del Daiquiri" (The Cradle of the Daiquiri).
Today they do use the modern blender instead of having to shave the ice that fine, but otherwise the daiquiri is still being made to the original recipe.

It was a pleasure for me to be allowed behind the bar at the El Floridita to learn the tricks of making these fine and flavorful daiquiris.   ;o) 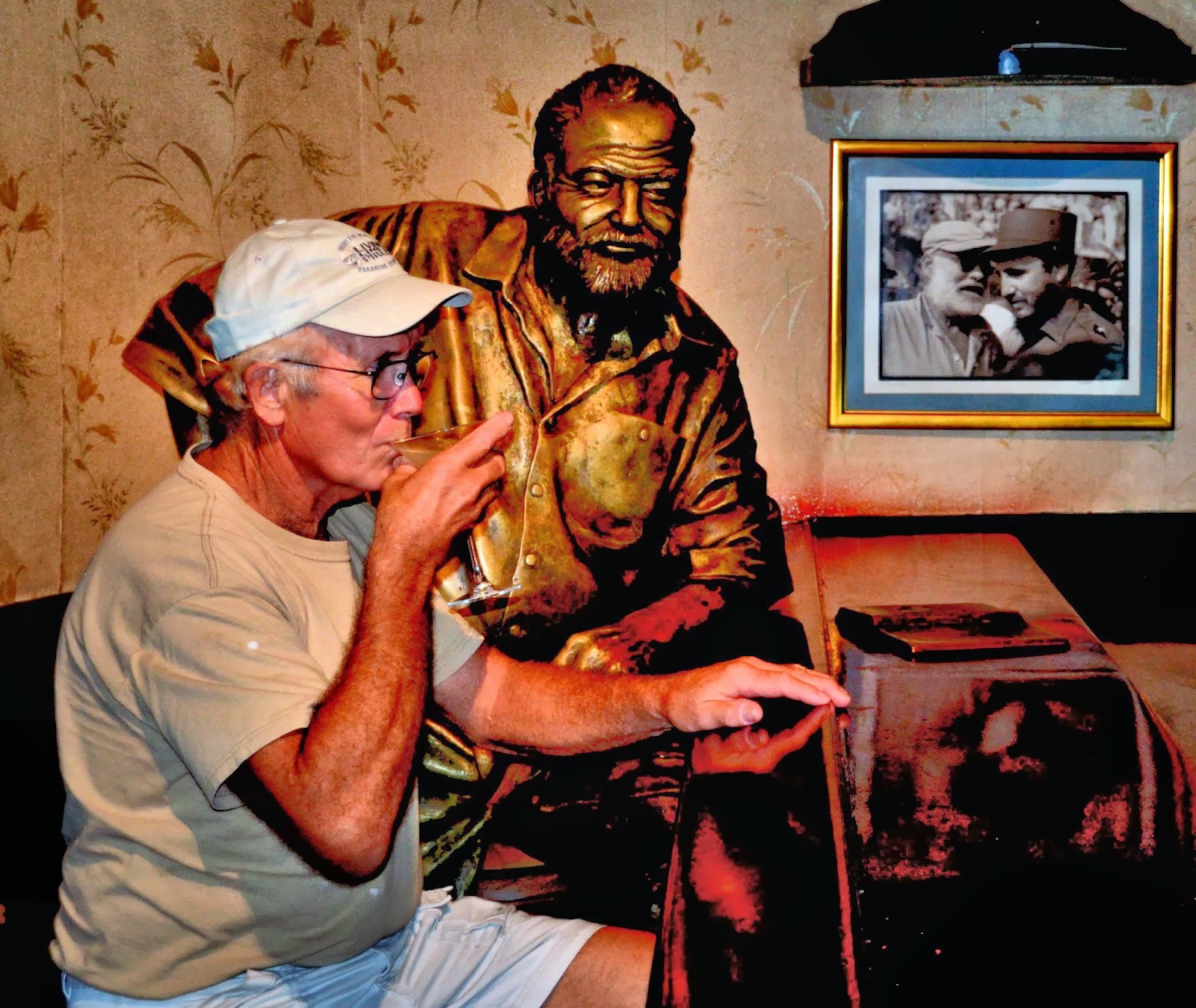