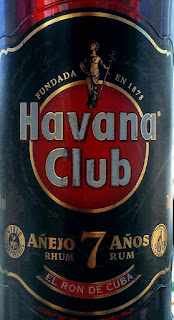 The Government of Cuba has asked the United States to allow Havana Club to sell its product in the United States.   They are claiming  the import ban continues to breach World Trade Organization (WTO) rules.   During the meeting of the WTO’s disputes settlement body, Cuban's diplomat Anayansi Rodríguez Camejo,  a permanent representative at the United Nations office in Geneva, argued that the restriction went against a 2002 WTO ruling.  US still supports the rights of Bacardi to sell Havana Club-branded drinks in America.
"The long-running dispute is one issue requiring resolution for the recent US-Cuba rapprochement to deliver normal trading relations. But WTO speech indicates that the Havana Club dispute is far from over. "Cuba has made countless efforts…" demanding US concessions for the Pernod Ricard joint venture, said the diplomat, but the import block "remains intact and in force." Cuba could in theory apply for authorization to levy retaliatory duties on US imports, but given the paucity of US-Cuba trade that is unlikely".

Havana Club's director general, acknowledged that Havanista could be regarded as an insurance policy if it fails to get back the original trademark in the US. “We want to be sure we will be number one company in the US selling 100% Cuban rum."    If you visit the Havana Club Museum in Havana, you can buy Havanista Rum today and take it home with you.

This is an interesting dispute that goes back to 1959 when the Cuban Government nationalized both Havana Club and the Bacardi Factories.   Bacardi bought the rights to Havana Club from the Arechabala Family.   There has been a bitter battle between Bacardi and Pernod Ricard all the way to the US Supreme Court where the court decided in favor of Bacardi.