What does it Mean to Wear a Mount Gay Red Cap? 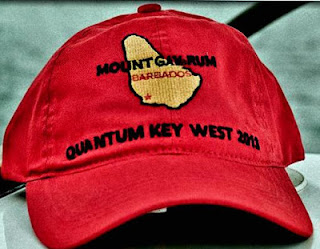 The Mount Gay Red Cap, one of the most prized possessions of anyone that owns one, but how do you get to possess one?   I got mine cruising on America 2 during the Quantum Key West races.  The only way to get one is be handed one by the people from Mount Gay Regatta series at the completion of the day on the water.

The Hat is a symbol of accomplishment and prized by sailors around the world  that have raced in Mount Gay sponsored regattas.   The hats are awarded upon completion of the course at the end of the day.

There has been a long association of sailing with Mount gay Rum going back to the 1700's when Barbados was one of the hardest trips for a sailor to make and return to Europe.  They had to prove they had reached Barbados by bringing back a barrel of Mount Gay Rum.    The long association was continued in the 1970's with the advent of the Mount Gay sponsoring of regattas world wide  and the priced "Red Cap".    It is the sign of a real sailor even today and a prize that anyone that has received on will never let loose of.  I sure prize mine.   ;o)
Posted by Bahama Bob's Rumstyles at 8:47 AM No comments: