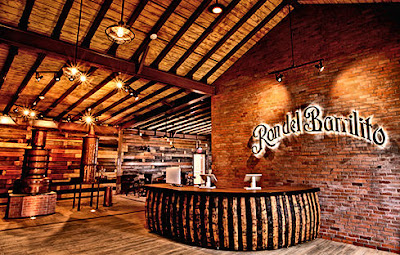 Puerto Rico’s oldest rum brand, Ron del Barrilito, has opened its visitor center at Hacienda Santa Ana in Bayamón.  Almost US$2 million has been invested in the visitor center. Guests will be able to enjoy guided tours that will also delve into the history of the Fernandez family, which owns the company.  Visitors will also learn about the wider history of Puerto Rican rum, and will be able to taste different expressions of Ron del Barrilito and create their own cocktails using the rum.

Hacienda Santa Ana started out as a sugar plantation when it was established in the 1700s. It wasn’t until the early 1800s that rum production commenced.  Luis Planas, Ron del Barrilito master blender, said: “The new visitor center is a monument to the arsenal tradition of the oldest rum in Puerto Rico.   “Tradition that has survived almost intact, transferring from generation to generation, the deepest secrets of its original recipe and its elaboration process, which was first crafted by Don Pedro Fernández and perfected by mother nature through the aging process, which is much more than what it takes to age traditional rum.

“I feel great satisfaction in ensuring that the visitor will have a very intimate encounter with the product and will be able to understand why we have been recognized as the world’s finest sipping rum.”

Posted by Bahama Bob's Rumstyles at 6:00 AM No comments: