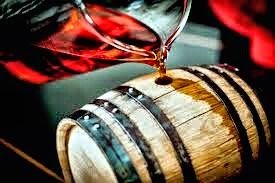 This is an interesting article I found in the Wall Street Journal the other day, it in following on the heels of the barrel aged cocktails and I think might be fairly successful in the big cities larger establishments.


At New York City's Alder restaurant, the most popular cocktail is made of rye, yuzu juice, amaro liqueur and smoked maple syrup and called Dr. Dave's 'Scrip Pad. Despite the complicated recipe, customers often receive their drink in seconds. The bartender pours it straight from a tap.


As demand for creative craft cocktails shows no sign of slowing, bartenders have struggled with how to serve drinks quickly while preserving the taste. From small bars to hotel chains, they are making large batches of cocktails and connecting them to tap systems like those used for beer. And cocktails on tap, also called kegged or draft cocktails, make it easier to serve mixed drinks at large events. 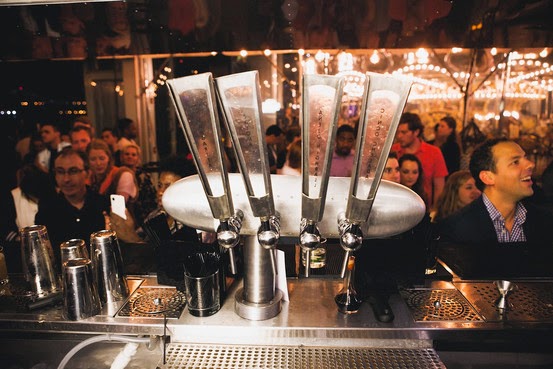 "You can sell it with the speed of a draft beer. It's the best of all possible worlds," says Anthony Caporale, a cocktail consultant and representative for Drambuie, the whiskey liqueur that sponsors a competition for kegged cocktails.


Part of the appeal of a cocktail has been watching the bartender mix it. While punches could be made in advance, cocktails needed to be made on the spot to blend the alcohol or give a gin and tonic the perfect fizz, traditionalists held.


But as bartenders have experimented with cocktails on tap, they found that, after some trial and error, they could come up with recipes that satisfied customers. Not all menus list if the cocktail is on tap, but those that do make this point not to warn customers, but to show off their capabilities, they say.


The new focus tracks with a jump in demand for these drinks. U.S. spirits suppliers have seen revenue growth each year since 2009, to $22.2 billion in 2013, according to the Distilled Spirits Council of the United States, an industry trade group.

read more at  http://online.wsj.com/articles/mixed-drinks-on-tap-faster-manhattans-negronis-and-more-1410391659
Posted by Bahama Bob's Rumstyles at 7:00 AM No comments: