The Caribbean Journal's Rum journal has announced the winners of the 2013 Rum Awards.  The popularity of rum is continuing to grow world wide and so is the quality of the rums.   There are new expressions being introduced from around the world.   Today in emphasis is on quality and the growth of the category and the winners this year reflect that commitment.

The 2013 Rum of the Year is a prime example of how the long standing rum companies are stepping up for quality.  Bacardi introduced a new line of ultra premium rums called Rum Facundo for the founder of the of the company, Don Facundo Bacardi Masso.  Exquisito is a blend of fine rums between seven and twenty-three years old that have been rested in sherry barrels.

Rhum Agricole White of the Year: Bologne Blanc from Guadeloupe

Best New Agricole: Damoiseau VSOP  from Guadeloupe poised to hit the US Market.

Best New Rum: Papa's Pilar Dark, a rum that is linked with the family of Ernest Hemingway and soon to be produced and aged here in Key West.

Best White Rum:  Brugal Especial Extra Dry White Rum from the Dominican Republic. This is an excellent replacement for vodka in many premium cocktails.

Best Spiced Rum: Siesta Key Spiced Rum from my friend Troy Roberts of Sarasota, Florida This rum was a hit from the start and continues to grow in popularity.

Best Value Rum:  Angostura Single Barrel Reserve from Trinidad.  This is one of the rums that really took me by surprise when I first tasted it in Trinidad a little over a year ago.  It is a really nice go to rum for enjoyable sipping. 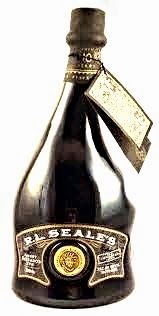 Best Bottle Design:  This is the one and only R.L. Seale Rum from the Foursquare Distillery of Barbados.  Richard Seale introduced the bottle a couple of years ago to make sure you could get a good grip on it and there would not be any dripping as you lowered the bottle.  Did I mention that the rum inside of the bottle is very good as well.

This year produced some great rums for the best of the year in all categories.  I'll be looking
forward to seeing what comes up for 2014.  ;o)