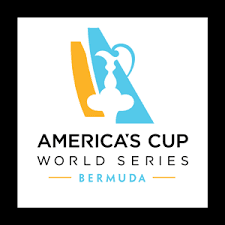 With the 35th America’s Cup taking place in Bermuda in 2017, what better sponsor  partner for the event than the rum of the sailors and the “Dark and Stormy”, Gosling’s Black Seal Rum.   Castle Brands has secured 'official partner' status with the America's Cup yachting series for the Gosling's rum and RTD brands.  Gosling’s Rum and Gosling’s Stormy Ginger Beer will be the official rum and official ginger beer of the 35th America’s Cup in 2017, Castle Brands confirmed late last week. The series of races kicks off later this month in Portsmouth in the UK, before concluding in June 2017 in Bermuda.


More on the America’s Cup in Bermuda at https://www.youtube.com/watch?v=POw2wm4ze3I#action=share


The history of Black Seal Rum® and the Gosling family began long ago.   Over the years Black Seal® Rum has become synonymous with Bermuda. It is an essential ingredient in Bermuda fish chowder, adds the island flavor to the Bermuda Rum Swizzle, and is the tempest in Bermuda's favorite cocktail the Dark 'n Stormy®.  In the spring of 1806 James Gosling, the oldest son of William Gosling, wines and spirits merchant, set out from Gravesend, Kent, England on the ship Mercury, with £10,000 sterling worth of merchandise, bound for America.
After ninety-one desperate days on becalmed seas their charter ran out, and they put in at the nearest port, St. George’s, Bermuda. And the rest, as they say, is history.  A delicious, deep, and dark history. 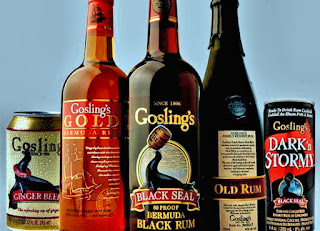 James and his brother Ambrose rented a shop on Front Street in the new capital of Hamilton for £25 a year. The Goslings maintained a store at this location for 127 years.   The firm, known as Gosling and Son, was renamed Gosling Brothers. Three years later the first oak barrels of rum distillate arrived in Bermuda. After much experimentation in the blending process, the distinctive black rum destined to be Black Seal was formulated and offered for sale.


They didn’t call it Black Seal at first, in fact up until the First World War it was sold from the barrel, and folks brought in bottles for a fill up of “Old Rum”, so called because of its distinctive smoothness.  Eventually the black rum was sold in champagne bottles, reclaimed from the British Officer’s Mess, and the corks sealed with black sealing wax. Pretty soon people began to ask for the “Black Seal”. Many years later a play on words and images gave birth to the little, barrel juggling “Black Seal”. 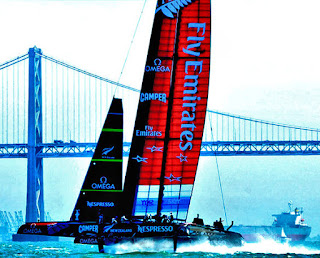 Nancy Gosling, President and CEO of Gosling Brothers Limited explains: “We are very proud of reaching 200 years as a family business in Bermuda, and it is imperative that we recognize all those who have helped to make that possible.”   It sums up by saying, “For 200 years now, this most special island has been our home. We want to thank all of you–young and old–for making it possible. Yes, we’ve seen a lot of changes here, but we’ve seen a lot of preservation, too.  Because when you have something unique, something remarkable, why mess with it?  That’s been our philosophy for seven stubborn generations.”
Posted by Bahama Bob's Rumstyles at 7:00 AM No comments: