Carta Vieja Rums are one of the most popular in Panama, but outside of Panama, they are very scarce and virtually unknown.   They offer several expressions of their rums and they are very respectable and popular among the Panamanians.

Carta Vieja rum is processed differently. It is blended and aged.  The Anejo Rum is aged for years in used bourbon casks Aging adds flavor and color. Samples are taken throughout the process and when it is ready it goes off to bottling.   Carta Vieja offers 4 expressions, Claro, Extra Claro, Anejo, and Golden Cask 18 Year Old Solera.   All are very nice rums that sell very well in Panama, but are just becoming known here in America.

An innovative way of aging rum that is most often employed by rum producers in Spanish speaking countries is called the Solera method of aging. Solera was once described by a rum expert as “Spanish for cheating”, but in fact is just a way of taking the raw edges off aged rum much quicker than the traditional one barrel methods of aging and gives the master blender much more control over the final product.
Solera is a process for aging liquids such as wine, Sherry, Madeira, vinegar, brandy and of course rum. It is a method of fractional blending in such a way that the finished product is a mixture of ages, with the average age gradually increasing as the process continues over many years.
Rum produced from a solera system should not have a formal age statement as it is a blend of rum from many vintages, but for marketing purposes the label will often display some sort of age.
The only drawback from this system of aging is the initial investment in barrels, rum and warehouse space.

The Solera system consists of a stock of rum in oak barrels, split into graduated units each of different maturation ages and each of equal volume. The final stage of finished rum is called the Solera. The supporting steps or scales are called criaderas. Rum for bottling and blending is drawn from the Solera, which is replaced by rum from the immediately supporting criadera of rum of the same style, but a little younger and less complex. From there, replacements proceed in succession down the scales of the system until the youngest criadera is refreshed with carefully selected young rum. The number of criaderas used before the solera varies from distillery to distillery. Many distillers will finish their rum in barrels previously used for sherry or port, adding even more flavour to the finished product. 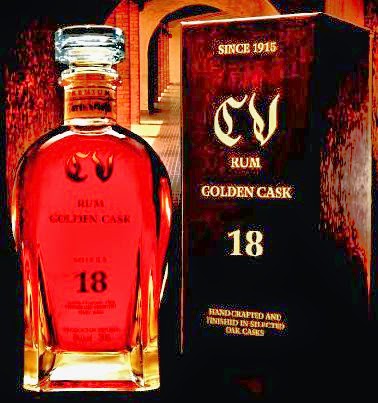 When rum from the oldest barrels of any one Solera is withdrawn for bottling, usually between 10 to 15% of the rum in the barrel, the same amount of rum is removed from an equivalent number of barrels of the first cridera or nursery. The rum is then blended and added in equal proportions to the space left in the barrels of the Solera. During the following months or years the slightly younger rum will take on the characteristics of the majority of the older rum in the barrel. All the rum in the barrel becomes exactly the same as the rum which was taken out months previously.
There are many rum companies throughout Central and South America are utilizing the Solera aging and blending system.   The system general produces a very nice resultant product.   ;o)