This is the press release from Pernod Ricard announcing the renewal of their "Havana Club" trademark until 2026. 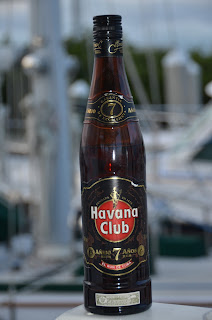 This marks the start of another long and drawn out court battle between Pernod Ricard and Bacardi over the trademark here in the U.S..   “We are filing this Freedom of Information Act request because the American people have the right to know the truth of how and why this unprecedented, sudden and silent action was taken by the United States government to reverse long-standing U.S. and international public policy and law that protects against the recognition or acceptance of confiscations of foreign governments,” said Eduardo Sánchez, Bacardi’s senior vice president and general counsel.

The good news to this is there is very likely to be quite a bit of time for all of these proceedings to be concluded before the United States Congress gets around to lifting the embargo.   This is still somewhat of "hot potato" in this presidential election year.   I'd be willing to say that it will not come to be until the elections are over in November.