Rapper Lil Wayne is in the hot seat in the first episode of a new online video series by Bumbu Rum, called The Bumbu Room, in which celebrities answer questions from the their fans.  In the first video of the series, hip hop star Lil Wayne is grilled on plastic surgery, Rihanna and Nicki Minaj, and Michael Jordan versus Kobe Bryant. 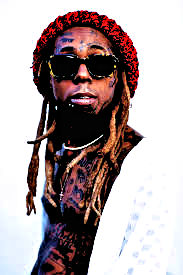 The video, which is available to watch on YouTube, is the first in a new online series that will see music producer DJ Khaled, American rapper Rick Ross, musician Dave East, and other celebrities quizzed by their fans.  Prior to filming, each artist will announce their Bumbu Room participation on social media to give fans the opportunity to submit their best questions.

See the video at https://www.thespiritsbusiness.com/2018/12/lil-wayne-features-in-bumbu-rum-video-series/