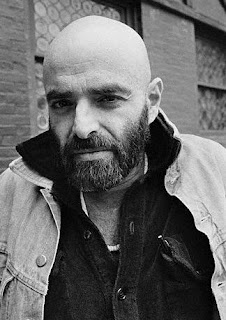 It was 12 years ago today that Shel Silverstein passed away at the age of 68 here in Key West from a heart attack.      Shel along with a number of his friends made Key West a very colorful town in the late Seventy's and Eighty's.      From his second story apartment on Caroline street we was known to walk to the Fisherman's Cafe ( Harpoon Harry's today) and be joined by several of his friends.     Shel added color to Key West like so many others before him.

Today his cartoons, children's books, musical lyrics, poems, screen plays, and the cartoons from the early days of Playboy Magazine make up a legacy that will endure the test of time.    In his children's books he became "Uncle Shelby" and the books sold over 20 million copies. 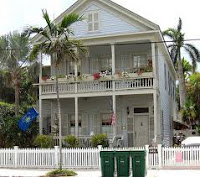 Later he bought a house on William Street where he lived until his passing on May 10, 1999.    Born in Chicago in 1930, he truly was a self made man that knew no boundary's.     The ability to support himself on his talent was more important to him that the money.

I just don't want him to be forgotten, his talents and drive made him very special in my eyes.     Should you ever drop by Capt. Tony's there is a great picture of Shel there along those of Jimmy Buffett.         Shel Silverstein you are truly missed in this world.