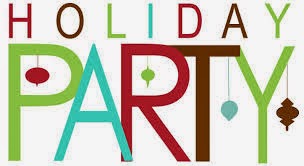 The fun of a holiday party can end in serious problems if they are not carefully monitored.  You will usually find too much drinking and carousing  before the party is over, followed by too many people headed out in their cars when they shouldn't be driving.  This is a formula for disaster, and a formula that too often is self fulfilling.

I read an article in Law 360 that make some good points on how to reduce the chances for post party problems this year.


Gathering workers together for holiday merriment is a beloved tradition for many employers, but holiday parties can open the door to discrimination and harassment claims, as well as other potential legal problems.


A festive setting can build team cohesiveness, but it can also magnify employees' natural human tendency to do silly or even offensive things, particularly if alcohol is involved. That can give potentially litigious workers a stand-alone justification for a legal claim or add ammunition to the arsenal of someone alleging a broader pattern of unlawful conduct.


"Bad behavior happens at work a lot, but parties and after-hours events tend to bring out out the worst in a lot of folks," Fisher & Phillips LLP partner Andria Ryan said.


Of course, companies can completely stave off potential holiday party-related legal liability by declining to hold any celebration at all. But for the droves of employers that don't want to be lumped in with the Grinch, here are some steps that can mitigate risks.


At the top of the list of smart moves for employers holding holiday parties is limiting how much alcohol workers drink. Drinking is the main culprit when it comes to employee misbehavior at office parties, lawyers warn.


"Having an open bar and no rules regarding consumption can be a recipe for disaster," Ford & Harrison LLP partner Aaron Zandy said. "Unfortunately, alcohol can cause employees to act unprofessionally and to do things they wouldn't otherwise do."


There are a variety of steps employers can take to keep alcohol consumption down, the most obvious of which would be having a party that's entirely free of any alcoholic beverages. Most of Ryan's clients don't go that far, she said, but noted that some companies hold family events where the presence of spouses and children can stymie rowdy behavior.


If a dry party isn't in the cards, encouraging moderation in advance is a good idea, as is avoiding an open bar. Using drink tickets to allot each worker a reasonable amount of holiday cheer can work, though workers may hand those drink tickets off to one another. 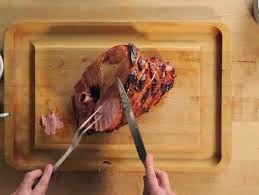 Serving food also makes sense - it won't limit the amount of alcohol consumed but can curb intoxication. Keeping hard liquor off the menu can also be a sound decision. Even someone who's determined to get drunk on the employer's dime will have to work harder at achieving intoxication if less concentrated drinks are the only options.


Konkel also noted that bringing in a professional bartender to serve workers can be a smart move, because a veteran barkeep will be trained to notice when a patron has had too much. Regardless of whether a pro is behind the bar or a worker volunteers for bartender duty, they should know it's OK to cut someone off.


"Whoever is serving should be instructed by the employer to be willing to pour shorter drinks or take other steps to mediate consumption of alcohol," Konkel said. "It's a work-related party, it's not a frat-house party." 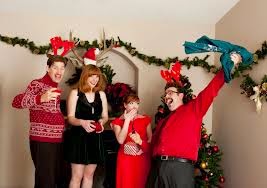 If you keep the points of this article in mind this year you will more likely to have all of your employees back for the start of 2015.   Have yourself a fun and joyful party, but keep things to a level where the "hangover" made the party not worth having.    ;o)