"From Jamaica With Love"


The From Jamaica “With Love” campaign features images and videos of the “authentic, undiscovered Jamaica”, its people and the craftsmanship behind Appleton Estate rum, each of which is accompanied by Jamaican sayings such as “Everything Come From Scratch” and “A Shut Eye See Nothing New”.
Andrew Floor, senior marketing director, dark spirits at Campari America, said: “This new marketing campaign allows us to offer consumers a window into an authentic Jamaica – a Jamaica that delivers rum with a distinctive, rich and complex flavor found nowhere else in the world.” 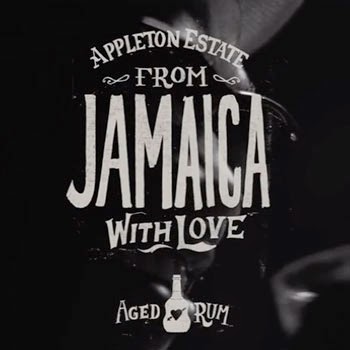 The video element of the campaign, named “Anthem”, which has been created in collaboration with Sharethrough, features music and lyrics by Jamaican musician Brushy One String, as well as Appleton Estate’s talented coopers.
The out-of-home aspect will be rolled out to key US markets including Austin, Atlanta, Miami, Portland and Columbus.
The ad video can be seen at  https://www.youtube.com/watch?v=J39MQ2_MxyY
Take a look at what they have done and you might be surprised at the ad.  It is really a great ad and a good idea for the promotion of Appleton Estate Aged Rums.  ;o)
Posted by Bahama Bob's Rumstyles at 7:00 AM No comments: