What is an Agricole? 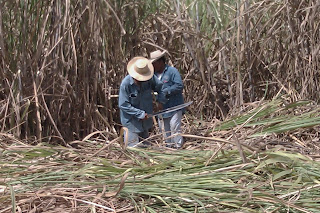 Agricole refers to rhums (the French word for rum) that are made from crushed sugar cane and aged in french oak barrels.     This is the physical difference, but what difference does it really make in the product?     Because of the way that the Rhum is made it can only be produced when the sugar cane is at it 's peak of maturity.    The cane must be harvested and crushed in a very short period of time to preserve the flavor of the cane syrup.    Cane syrup does not have a long shelf life, and there for must be gotten to the fermentation vats quickly.    It is then distilled in the single column stills to a level of approximately 70% alcohol.    The rhum is then aged as little as one month or as much as six months before being bottled as a rhum blanco (white rum)   The remainder of the rhum is then placed in French Oak barrels (new, used, or charred) and aged to maturity.     The French Oak barrels give the rhum a more nutty flavor unlike the American Oak barrels vanilla notes. 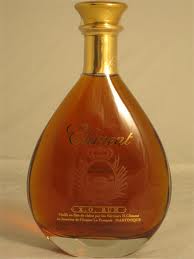 French West Indies law  determines that after at least 3 years in French Oak barrels, it can be called an "Appellation d' Origine Controlee" ( protected designation of origin) for Rhum Agricole.   Foe example, "AOC Martinique" is for rhum agricoles made in Martinique that meet the standards of the law.

Most agricoles are distilled to 70% alcohol (140 Proof) and then watered down to 40% to 55% for bottling and distribution.    Much of the rhum agricole is made in Martinique, Guadeloupe, and some in Haiti.

There is some discussion about whether or not Cachaca is really an rhum agricole.       Cachaca is made from the crushing of sugar cane, fermented, and distilled, but only to a 38 to 54% alcohol and bottled at 38 to 48%, this is one of the primary difference.    Better Cachaca still has much of the sugar cane flavor due to the special distillation process involved.     Brazilian Law requires that Cachaca be aged for at least 1 year in order for it to be called "aged" Cachaca.    One other difference is the addition of corn meal, corn flower,  or rice brand during the fermentation process.     These grains also add some flavor to the end product.

Both of these spirits have similar qualities, but they really are different .     It is my feeling that just because something is made from the same raw materials, doesn't really make the end product the same.     I also understand that because of importation laws that it is important that cachaca be considered a rum.   Politics again instead of being able to call these spirits just what they are.    ;o)
Posted by Bahama Bob's Rumstyles at 9:57 AM No comments: