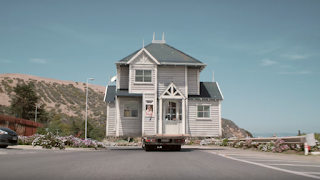 The House Party is back on for Bacardi at  http://www.adweek.com/adfreak/bacardi-literally-took-party-highway-rollicking-ad-relocating-house-167536

Bacardi is trying to revive the "party" in its new advertising program.  The addition of a new Global VP for Bacardi, Fabio Di Giammarco, just ten weeks into his new job, is spearheading  where the newest version of ‘Untameable’ revitialization,  don't expect more of the heritage stuff, it isn't happening.  Bacardi is about to become a party animal.


"The first mention of 'Untameable' was in November 2013. The central ad featured snapshots from the history of the Bacardi family, which started the company in 1862, such as natural disasters, the Cuban revolution and exile to the US. The concept followed the pattern of heritage and provenance that has been adopted by many brands - and not just in the drinks world. It also came under scrutiny from pundits and former employees."

“We want to talk very directly to - and start establishing dialogue with - our consumer target of LDA to 25,” said Di Giammarco. “We’ve been telling them about our history, which is very important to us, but for us now it was extremely relevant to put the brand in the context of an occasion that is exciting … and relevant for consumption."

What is about to happen is a "house party".    Di Giammarco was quick to assure that the house party concept used in the ad doesn't mean Bacardi is settling for just the off-premise - occasion-based marketing is to feature both the house party and the big night out.  This direction is aimed a getting the party started again for Bacardi.

Read more at http://www.just-drinks.com/analysis/can-bacardi-take-its-rum-back-to-the-party-analysis_id118382.aspx?utm_source=daily-html
Posted by Bahama Bob's Rumstyles at 6:58 AM No comments: