The Signs of the Bacardi Family in Santiago de Cuba

The Bacardi family lived very well in Santiago de Cuba and made a large contribution to Santiago de Cuba's prosperity and politics during the family's tenure.
The Museo de Emilio Bacardi Moreau was closed for restoration while I was there, but I did get to see the family house, the exterior of the Museum, and the Rum Factory.


"Rum baron by day, freedom-fighter by night.  Emilio Bacardi Moreau put his life and livelihood on the line to aid Cuba in its fight for independence from Spain."  Arrested, exiled and twice imprisoned for his beliefs and refusal to support Spanish rule, he was rewarded for his patriotism when he returned from exile to become the first freely-elected Mayor of Santiago de Cuba.  In 1960, the revolutionary regime in Cuba illegally confiscated all the Bacardi Company’s Cuban assets without compensation and forced them out of the country. The Bacardi’s lost their business and their home, but as history has proven, not their spirit. "


In addition to the rum factory, Bacardi brewery is just down the street.  It is still in operation today producing Hatuey Beer for local consumption.  The Hatuey brand originated in Cuba and was owned by the Bacardi family. When the Cuban Government nationalized the brewery, the brand essentially split. While the Bacardi’s own the brand for the global market and produce it under contract, the Cuban government still operates a brewery in Santiago to produce this as a local beer for the locals.

As you visit the distillery or the brewery the only reference to its former owners is the faded word "Bacardi" on a derelict unused conveyer belt housing that connects the two parts of the factory. 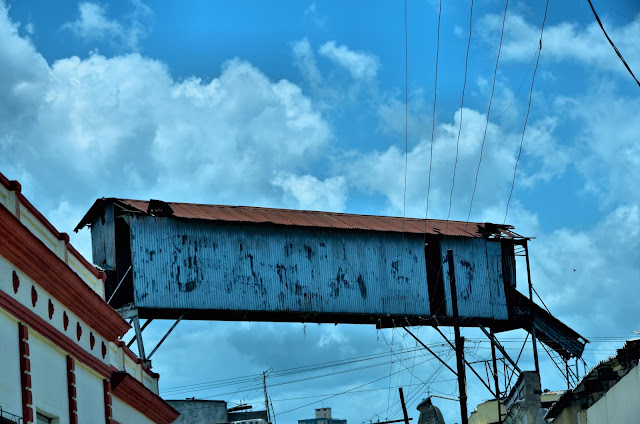 .
Posted by Bahama Bob's Rumstyles at 7:00 AM No comments: