"There is every indication that the Forum of the Caribbean Group of African, Caribbean and Pacific States (CARIFORUM), which includes the Dominican Republic, will likely file a formal international trade discrimination claim against the U.S. in the new year if Washington does not agree to talks over heavy subsidies being given to British and American producers in the region to the great disadvantage of CARIFORUM exporters."    This is a definite step forward in the Caribbean Rum Wars.   There is a feeling of desperation among the CARIFORUM countries that if these subsidies continue much longer they will not be able to compete for the US market. 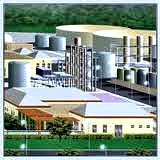 The Caribbean governments have been petitioning the Obama lead administration about these heavy subsidies for the past year or so, but their appeals have fallen on deaf ears.    The real issue in my mind is that the US is subsidizing a British Giant Diageo.   I have  less of a problem with Cruzan, and American owned operation, especially when the rum producers on our home soil are not receiving the same consideration.   In a quote in the New York Amsterdam News, "Frank Ward, chairman of the Barbados Rum Industry, drove home this week the fears of the CARIFORUM nations by telling a national audience that a challenge to the Geneva-based WTO trade disputes agency will be the likely outcome of the current rum war if all other options fail as feared."
With the election behind us, it is time for the administration to take a second look at this problem.   It is not only a problem for the Caribbean, but one for the rest of the world's rum producers.   Like any other industry, you can not subsidize one brand without providing the same assistance to the others or we will be suffering from the failure of the true American system of business.

"We find it extremely difficult to compete, and it is a challenge at this point in time. We are appealing not just to the Barbados rum industry, but the CARIFORUM rum industry in general, and to our governments to take this issue very seriously and to seek to have a dialogue with the U.S. government, with a view to resolving what we feel is an iniquitous and pernicious use of subsidies for multinational spirit companies and their rum production," Ward stated. 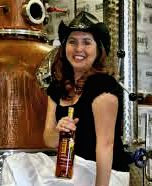 Kelly Railean said "There are over 80 American manufacturers of rum operating in the USA and it is time to establish quality standards for "American Rum." Ask any American rum manufacturer and they will tell you that the main obstacle to growing the domestic rum category and their small business is the unfair tax subsidies offered exclusively to rum companies operating in U.S. territories such as Puerto Rico and USVI. These subsidies restrict free market competition and give global manufacturers such as Bacardi and Diageo an unwarranted hold on the American rum market. The American Rum Association is fully committed to exposing these unfair practices and providing products made in the U.S.A.; thus providing jobs, fueling our American economy and aiding in the recovery of our economic system."
The time has come to create a level playing field for the rum industry to grow in a time when America is rediscovering rum.  I for one do not want to have my choices of rum determined by the bureaucrats in Washington D.C., by subsidizing foreign producers at the expense of the American ones.

Posted by Bahama Bob's Rumstyles at 7:54 AM No comments: