What is Killing Sugarcane Workers Across Central America?

There has been a lot of talk about the sugarcane field workers contracting serious kidney diseases.  Kristina Wolf came up with this article from The Guardian in El Salvador.  This is an article that looks into the problem, to which they have not found what exactly causes it, but it is killing tens of thousands  sugarcane field workers throughout Central America.

Chronic kidney disease has killed tens of thousands of young men and is becoming more deadly. But nobody knows exactly what it is, or what to do about it 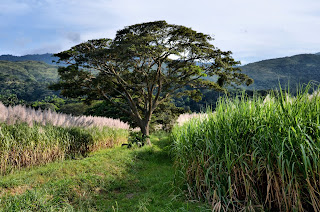 It is stage five they fear the most. Stage five is the mysterious sickness in its deadliest form. "I'm entering stage five," Edilberto Mendez tells me as his wife looks on fretfully. I'm in their small home on the floodplains of Lempa River, in the dank sugar-lands of rural El Salvador, where they live in a community with about 150 other families. "How many others in the village have died of this?" I ask.   "Three close friends, just last year," says Edilberto. His wife interrupts, counting out on her fingers. "And my nephew, my brother, and Ramon, Carlos, Pablo…" She pauses. "I know three Pablos who have died of this."
Edilberto's kidneys are beginning to fail. It means dialysis. "This is what they've told me," he says with a defensive shrug. "But I'm still walking around. I've seen many people have dialysis. As soon as they try it, they die. I don't want it." Edilberto has his wife to support, his deaf-mute 27-year-old son, and his six-year-old granddaughter.   "If you don't have dialysis you'll die," I say. "And then what will happen to your family?"   "They will be homeless."   Behind him, Edilberto's wife has started to cry. Holding a tissue to her face, she weeps: "He's the only one I have."   "Of those you know who have already died of the disease," I ask, "how many have worked in the sugar fields?"   "All of them." 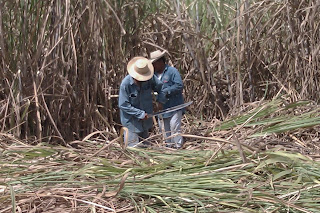 It goes by many names, but around here they call it "the malady of the sugar cane". It's a quiet epidemic that has been preying on Central America for at least 20 years, killing impoverished landworkers in their tens of thousands across Nicaragua, Costa Rica, El Salvador and Guatemala. And it is becoming ever more deadly. Between 2005 and 2009, incidents in El Salvador rose by 26%. By 2011 the chronic kidney disease (CKD) that is killing Edilberto had become the country's second-biggest killer of men.
That year the health minister, María Isabel Rodríguez, made a dramatic appeal to the international community for help, telling them: "It is wasting away our populations." But nobody knows what to do about it, because nobody knows what exactly it is. In the wealthier west, CKD is largely caused by hypertension or diabetes, but most of the victims here have neither. And it attacks the kidneys in an unusual way. Rather than damaging the filtering system, as in ordinary CKD, this disease seems to have an impact on the tubules – the part of the kidney where the composition of the urine is determined. At the moment, the only scientific consensus is that it's real, and unexplained. I have travelled to El Salvador to investigate the mystery of the malady. 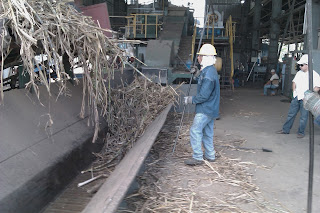 Since its discovery, a near-silence has cocooned the disease – a situation that has benefited the industry that so many victims work for. Profitable and vast, Central America's sugar-cane industry supplies 23% of the US's raw sugar imports. In 2011 the EU imported El Salvadorian sugar worth more than €4.7m: it is the country's second-biggest export.   The companies themselves say they are not to blame.    Nicaragua Sugar Estates, one of Central America's largest plantations, has conducted internal studies, and one in 2001 pointed to "strenuous labor with exposure to high environmental temperatures without an adequate hydration program" as an important factor. Still, in December spokesman Ariel

Granera told the Washington-based Center for Public Integrity: "We're convinced that we have nothing to do with kidney disease. Our productive practices do not generate and are not causal factors for CKD."


But an increasing number of researchers in the US now believe the CKD is being caused by heat stress and dehydration – that the laborers are, in effect, working themselves to death. A standard day for an El Salvadorian sugar worker lasts between four and five hours, with double shifts during the summer planting season, when temperatures top out at 40C.

Martin Cate, Owner of Smuggler's Cove in San Francisco, has said this about the situation on his Facebook page.   "Some of you will have seen Bobby Heugel's post by now about Flor de Cana rum. I had glanced at the Guardian article from earlier this year but didn't pay a lot of attention to it, then saw the Vice story. Having now taken the time to read both, as well as some of the medical journal reports, I think the decision to remove Flor De Cana from our shelves is warranted and reasonable. I would feel much better if both ISA/Pellas Group would make more efforts to improve the health and safety of their workers- and that those efforts are corroborated by the workers themselves and verified by independent media and NGOs."

I feel like this is a serious industry that has the potential of harming the rum industry and needs some serious attention by all of the facets of the sugar industry.  Sugar is big industry and its products are very wide ranging.  The industry as a whole needs to become deeply involved in finding a solution to the problem.

Posted by Bahama Bob's Rumstyles at 6:50 AM No comments: