The 2012 Caribbean Rum and Beer Festival is under way in Granada this week.   Many of my fellow judges are there for the event and have done their usual fine job of evaluating the rums entered in the competition.    I'll be headed for Trinidad and Venezuela on Sunday to cover visits to the Angostura, Diplomatico, and Santa Teresa Distilleries.    This week the rest of the gang is in Granada and having a great time visiting Clark's Court and River Antoine Distilleries for a taste of the local rum flavors on the island.

Granada is the "Spice Isle" of the Caribbean and one of the more beautiful ones that the RumXP's get to visit.   Grenada is also known as the "Island of Spice" because of the production of nutmeg and mace crops of which Grenada is one of the world's largest exporters.   The group is having a great time traveling around the island and enjoying the flavor of the island as they go.   This is truly one of the gems of the Caribbean and I am sorry that I had other obligations and could not make the event this year.   Maybe Next year. 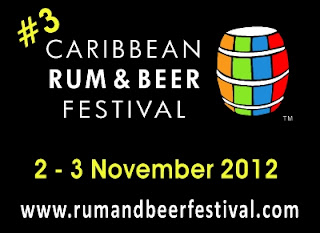 I will make sure that I get the results of the judging and report at a later date who won the awards this year.   Today the event opens up to the public and all of the fun really begins with the sampling of the fine rums, beers, and the spices of the the Caribbean.   As always a very worth while event for every one involved.
Posted by Bahama Bob's Rumstyles at 8:09 AM No comments: