All the Legends That Will Not Cure a Hangover. 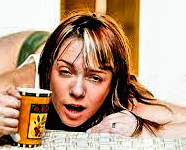 WOW, a hundred or so years of the same urban legends about the cure for a hang over and people
still believe them.  There are so many tales of preventing and curing a hangover out there and few have any effect at all.  The real cause of a hangover begins with your first cocktail.  The amount and what you drink has a lot to do with the severity of your morning after suffering.

Hangovers are a collection of signs and symptoms linked to a recent bout of heavy drinking.  Hangover sufferer typically has a headache, feels sick, dizzy, sleepy, confused and thirsty.  Hangovers can occur at any time of day, but are usually more common the morning after a night of heavy drinking. As well as physical symptoms, the person may also experience elevated levels of anxiety regret, shame, embarrassment, as well as depression.   The severity of a hangover is closely linked to how much alcohol was consumed, and whether the sufferer had enough sleep.
A hangover is the consequence of having consumed too much alcohol which causes an accumulation of these factors:

Here are a list of 5 of the more popular lies to cure your hangover, 1. Beer before wine, 2. Drink darker drinks, 3. An aspirin a day, 4. Eating to put off a hangover and 5. Coffee and a cold shower.  None of these cure anything, in fact some of these may have long term effects on your body.  Do not go for a "hair of the dog" - an alcoholic drink to get rid of a hangover. This is a myth, and will likely just prolong your hangover symptoms. 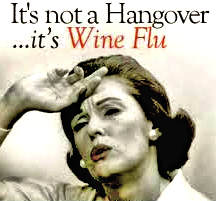 The only cure that works is moderation when you are drinking the night before.  Water and some additional rest are about the only things that seem to shorten the symptoms of a hangover, most of the other legendary cures usually make a hangover worse or last longer that if you jut let it run its course.