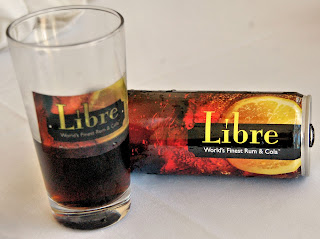 As a mixologist, I've got to wonder about all of these "canned cocktails" that are showing up on the market.    I recently attended a trade show in Miami and another one in Key West and two of these new forms of spirits were being promoted.    In Miami it was a new Libre, a new "Rum and Coke" and in Key West it was a "Dark and Stormy".

The rum and coke was in the experimental stage and there were a couple of versions of the product that were being tested.   To be perfectly fair on that cocktail, I am not much of a fan of anything and coke, but it wasn't bad.   Tico's "Libre" has real potential for being a viable product for the tailgaters, beach goers, boaters, etc.    I don't see any of these replacing beer in a bar where the real fresh made cocktail can be produced quickly enough.     These are products of convenience and ones for those who prefer a cocktail over a beer in the recreational scene. 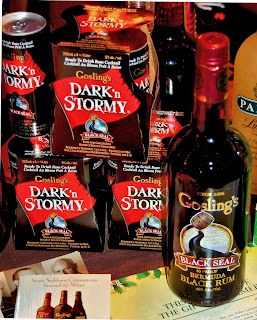 I think that the success or failure of these canned cocktails lies in the quality of the cocktail out of the can and the real need for the convenience of them.    America is an open the can and enjoy culture, especially when it comes to things they like when they are out and about.   Camping, picnics, and ball games are perfect placesfor these products.  Really it is an option other than beer any place where you might have to settle for a beer when you really want a cocktail away from home.    I'm really interested in seeing how these new canned cocktails do in the next year or so on the market.   ;o)
Posted by Bahama Bob's Rumstyles at 10:00 AM No comments: