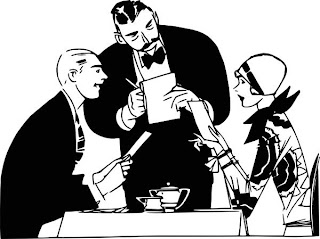 In the late 19th century some wealthy Americans brought home the practice of tipping home from Europe upon returning from vacations,   The Americans thought it to be a form of bribery, a practice that the State legislatures banned very quickly.    Like so many other laws in this country, it was overturned when restaurateurs saw it as a way of passing the labor cost on to the customer.  The American public was finally convinced that tipping was acceptable.  The laws banning tipping were repealed, and lower minimum wages for employees in the service industry to adjust for the tips came to be. 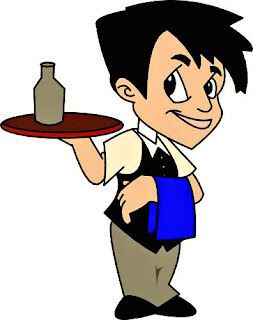 I find this is a very interesting juxt of position, Europeans as a rule don't tip, because they pay their service employees the same minimum wage as the rest of the work force.  The greed of some service industry management require sharing of the tips has become a source of many problems and law suits.   Tipping originally was thought to be an incentive for hard work, but that is simply not the case.  The size of the tip today has little to do with the quality of the service.  Credit card users as a rule tip higher that cash patrons.   Large parties tip disproportionally small tips compared tips of individuals and couples.   According to a survey of customer assessment of a server's tips, indicate that work quality only accounts for 1% to 5% of the variation of the size of the tips.

The real problem with the tipping system is that it allows for wages as low as $3.25 an hour by the "Federal Tip Credit", and the short fall making the customers co-employers when they go into a restaurant or bar.  This "tip credit" has turned the gratuity into a moral obligation of diners and cocktail lounge customers.

The concept of tip sharing has only put profits in the hands of the lawyers in the past few years with cases in California, Hawaii, New York, and Oregon.   Management is feeling that they are entitled to a share of the tips as well in some cases leading to some very expensive judgments. 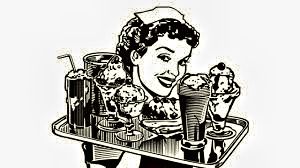 The system of tipping in America has really gotten out of hand.  There needs to be a uniform set of rules that will turn the gratuity back into what it was intended to be in "appreciation for good service" instead of moral pressure for the customer to become a "partner" liable for the salary of the servers, hostess, busser, and others.  It is a system that has no consistency from state to state, or even from city to city.   The reality of tipping is that those in the service industry depend on the generosity of their customers to maintain their minimum wage.   Like the system or not it is the way the federal and state governments here in America made things and it is a big part of the service industry employee's take home pay.  ;o)
Posted by Bahama Bob's Rumstyles at 7:52 AM 1 comment: