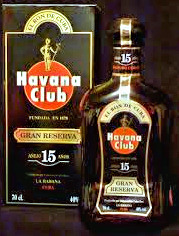 Bacardi has formally requested that the US government revokes a license allowing Pernod Ricard and the Cuban Government to renew their joint venture trademark for Havana Club.  Litigation between Bacardi, the Cuban government and Pernod Ricard is continuing.
The Bermuda-based drinks group said it has “demanded” that the US Office of Foreign Assets Control (OFAC) reverse its decision to grant the renewal of Cuba-made Havana Club’s trademark in the US, reiterating that it is the “current and lawful owner of all rights and claims” related to the mark in the country.   In January this year, the OFAC and the US Patent & Trademark Office (PTO) granted Cubaexport, the Cuban entity that owns the US trademark registration for Havana Club, permission to renew the brand’s mark in the US, where Bacardi sells its own brand of Havana Club Rum.

Bacardi acquired the US rights from Havana Club’s founders, the Arechabala family, and has been selling the Puerto Rico-made rum in the market since the mid-1990's.   Pernod Ricard owns the trademark for Havana Club in the rest of the world as part of a joint venture with the Cuban Government, which seized the Arechabala family’s business assets during the Cuban revolution more than 60 years ago.
Bacardi has expressed outrage since its competitor was given trademark approval last month and has now outlined to the OFAC what it calls a “history of fraud” of the Cuban government in relation to the matter.
“OFAC’s decision to grant the license to the Cuban government reverses it prior decision in 2006 to deny that very same license and contradicts its own defense of that decision in various US courts,” said Eduardo Sánchez, senior vice president and general counsel for Bacardi.   “OFAC has acted in violation of well-settled US law and Congressional intent in a covert action that is unjustified in law. We request that OFAC revoke License 837-1 retroactively to prevent Cuba – and its business partner Pernod Ricard – from their continued trafficking in illegally confiscated property.”   He added: “OFAC should comply with the letter and spirit of US law and revoke Cuba’s license.”
Speaking to the press in London today, Alexandre Ricard, CEO of Pernod Ricard, said it was “big news” for the company when Barack Obama announced that relations between the US Cuba would be normalized, with the hope that the trade embargo would be lifted.   “The US represents 40% of the global rum market,” he said. “Pernod Ricard managed to make Havana Club the third biggest rum brand in the world without having access to this market.   “We always said when the embargo is lifted we will try to be the first one to launch a beautiful Cuban Rum in the market. Our job is to be ready.”