Gosling and Pernod Ricard Square Off in Trademark Battle 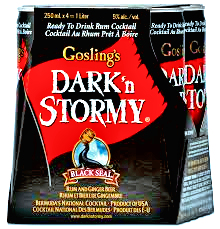 Another Trademark battle has arisen, this time between the Gosling Brothers and Pernod Ricard over the "Dark and Stormy" cocktail name.  Gosling's Dark 'N Stormy has just two ingredients: ginger beer and Gosling's Black Seal Rum. According to the complaint filed Tuesday, the concoction dates back to post-World War I Bermuda when Gosling's Black Seal Rum was combined with ginger beer to create a cocktail "the color of a cloud only a fool or a dead man would sail under."


The Bermudan rum maker filed claims for trademark infringement, false designation of origin and unfair competition under the Lanham Act, alleging Pernod is confusing consumers and capitalizing on Gosling's goodwill by promoting a recipe for Gosling's signature cocktail that calls for using Pernod's Malibu Island Spiced Rum instead of Gosling's brand.

Gosling says Pernod ran afoul of trademark law in October 2014 when it started promoting online a "Dark 'N Stormy cocktail" and a "confusingly similar" recipe for a "Black Stormy" cocktail, both made with Malibu Island Spiced Rum. Gosling says Pernod's infringing use includes a video on Youtube and the Malibu Rum website that "purports to teach consumers how to mix one of the defendant's unauthorized Dark 'N Stormy drinks using Malibu Rum."

There is a lot more legal manuvering over this going on that you can read more about at http://www.law360.com/articles/703237?utm_source=rss&utm_medium=rss&utm_campaign=articles_search 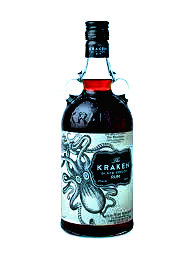 There are so many cocktails that are made with Ginger Beer, but if you put the names "Dark, Storm, or Stormy" in the name,you are in trouble.  The vodka side of things has a "Moscow Mule" that is just vodka and ginger beer, and no troubles with anyone over the cocktail.  Gosling got Kraken Rum to drop its "Kraken Storm" cocktail name for similar reasons.  It will be interesting to see how this test comes out.