What Alcohol Really Does to Your Body on an Airplane 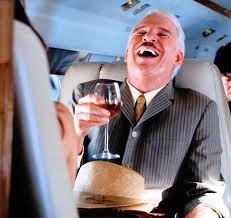 I found this very interesting USA Today article and thought it was worth sharing.  I travel a fair amount on aircraft and I find it interesting to see how quickly people who order a cocktail or two get a bit tipsy.  This is a good explanation of what is going on with their bodies.

While on a flight, if you've only had a couple drinks and already you're trying to convince your neighbor there's a monster on the wing, you might not be entirely crazy - it might just be that the booze has gone to your head a little more than usual.


At cruising level, the altitude inside the plane cabin is different than it is on the ground, even though the cabin is pressurized. According to the World Health Organization, Air pressure inside the cabin is actually equivalent to the pressure at 6,000 to 8,000 feet above sea level - roughly the same as Bogotá or Yosemite National Park. The higher up you go, the thinner the air gets, and when you rise in altitude fast the body doesn't get as much oxygen as it needs, which can cause symptoms of altitude sickness. There's plenty of oxygen onboard, but the atmospheric pressure is lower so the body absorbs less oxygen into the bloodstream. Depending on the person, that could be a 5% to 20% decrease in oxygen, according to USA TODAY. People with heart and lung conditions might also be susceptible to hypoxia. 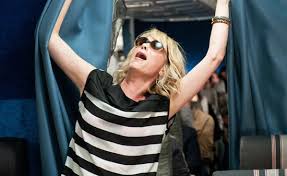 While scientific studies have shown that drinking alcohol at a higher altitude does not actually increase your blood alcohol level, it might make you feel more drunk than usual. Suddenly after going up to 8,000 to 10,000 feet increases dizziness; lightheadedness and drowsiness, which are the symptoms of altitude sickness. These are also sensations associated with being drunk (in case you can't recall).  So, altitude + alcohol = dizzy times two.