A comprehensive cocktail chart created U.S. Forest Service’s historic agricultural archives and is thought to have been an “in-house” joke.


Ketcham’s son, Ray, agreed that the work was more than likely a joke drawing. He added: “I would not be a bit surprised, if you really got to looking, if you found a whole bunch more of those in-house jokes that he may or may not have had something to do with.”   “The funny thing is, I don’t remember him drinking much.”

I found this to be really cool,especially if it was a joke like it was suspected to be.   The "blue print" for seerious cocktail construction in the forest service archives.  That is a man with a great sense of humor.  ;o) 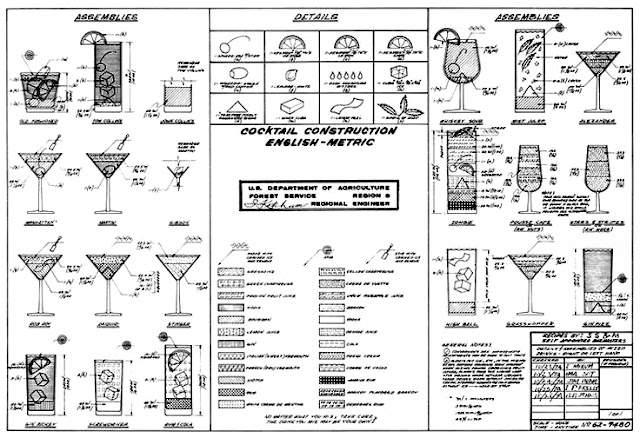