Rum Chata is a tropically inspired rum cream, with its origins in early Egypt and Spain.  Created from a world wide recipe that starts with five times distilled rum from the Caribbean.    Every delicious batch of Rum Chata is mixed up from scratch and contains its own unique blend of premium Caribbean rum, which is selected for its light and smooth character.   Take that rum and homogenize it with the finest dairy cream from Wisconsin and you have Rum Chata.


"Chata was originally concocted by the ancient Egyptians for the Pharaohs, a feat easily as impressive as the Pyramids.   The pioneering Egyptian Horchata, which was made with chufa, also known as the tigernut, was so revered that it soon found its way to Spain during the time of the Moorish kings."
Today, you can find horchata made with this same recipe in most areas of Spain and remaining a very popular summertime beverage.     Chufa plantations aren't exactly a booming business in the Americas, so horchata in the Western Hemisphere is made from a slightly different recipe.   Rice based horchata is now served throughout Mexico and Central America, where the recipe has been passed down from generation to generation.   These  recipes usually include varied mixtures of rice, sugar, vanilla,
I really enjoy working with Rum Chata, it is a very easy expression to mix with in so many cocktails, it fits well with most any thing that I have ever tried.   Today I'm in a Bajan mood, so here is a recipe that you might enjoy. 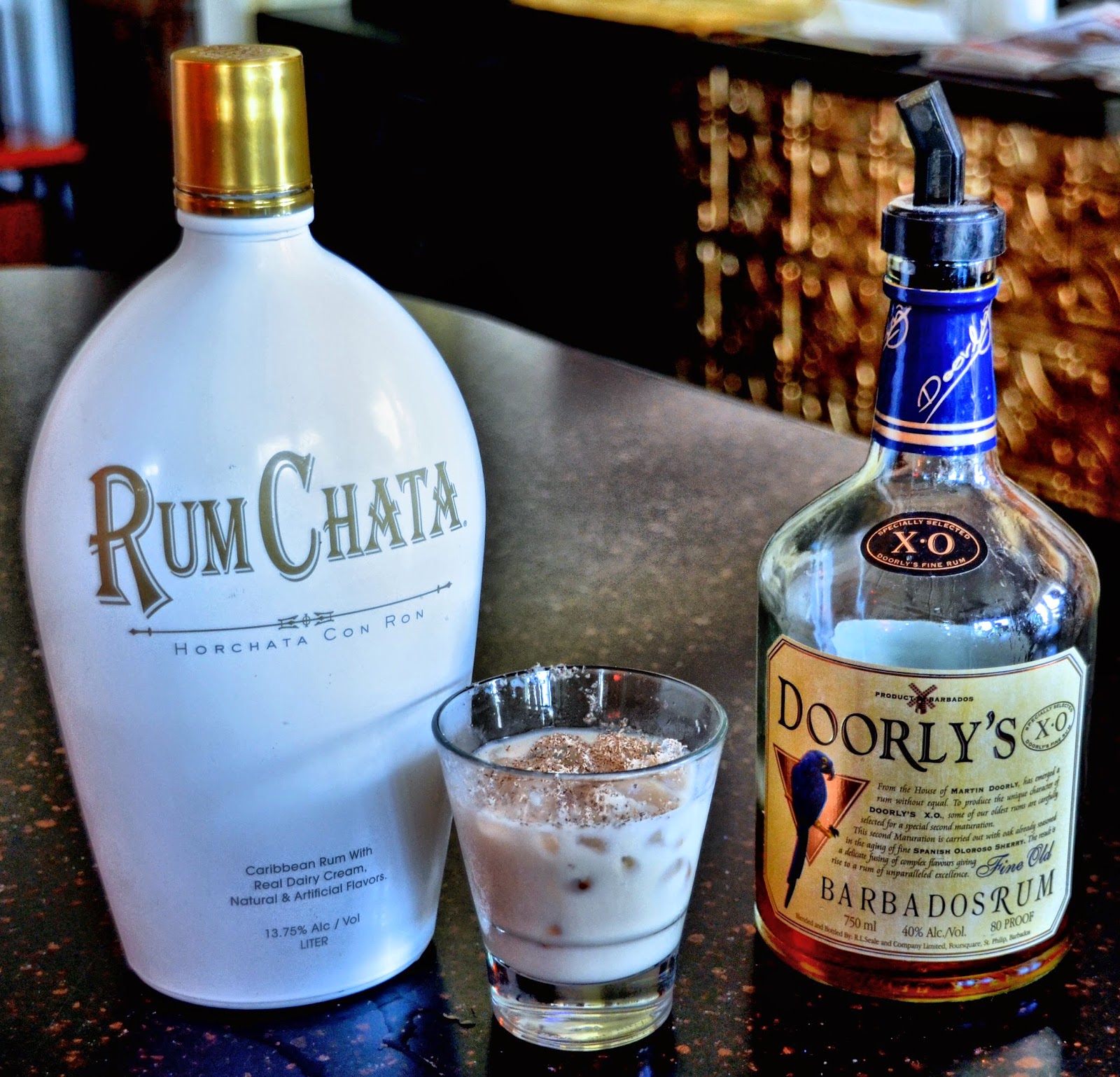 
Place all ingredients in a shaker filled with ice, shake until chilled and strain into a rocks glass filled with fresh ice.   Garnish with fresh ground Nutmeg.