Nineteen states were already subject to the penalty before this year, and 14 more are having funds held in reserve while the Federal Highway Administration finishes its assessment of their laws.
Penalized states would have to spend federal funds on anti-drunken
driving programs, safety improvements


WASHINGTON – Two-thirds of the states could be restricted in how they spend some of their federal highway funds this year because they haven't complied with mandates to combat drunken driving.
A combined $539 million would have to be spent on anti-drunken-driving programs or highway safety improvements instead of on general road and bridge construction in those states.
That's the penalty for not having sufficient laws to restrict open alcohol containers in vehicles or to crack down on repeat drunken-driving offenders.
Nineteen states were already subject to the penalty before this year, and 14 more are having funds held in reserve while the Federal Highway Administration finishes its assessment of their laws.


States not in compliance with drunken-driving rules


Jack Basso, chief operating officer of the American Association of State Highway and Transportation Officials, said it appears that the federal government has tightened its application of the rules.
"Probably they are within their authority," Basso said. "The question is, is it really achieving the spirit of the law?"
Federal officials say they had to review states' drunken-driving laws after Congress updated federal highway programs last year, including making changes to some of the compliance requirements. Some states fell short because the federal requirements had changed, while others had reworked their own laws without notifying the federal government as required.
Read More at  http://www.usatoday.com/story/news/nation/2013/02/01/drunk-driving-states-federal-funds/1883819/ 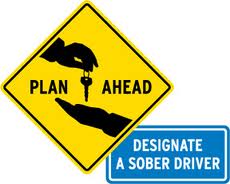 This is an important issue, because the use of alcoholic beverages is one thing that I enjoy, but being responsible in their use is something that I am passionate about.    I feel like the Florida Keys with all of the bars and venues to enjoy a cocktail, wine or beer does a very good job of keeping the drunk drivers  off of the street.   There are two ways for this to work, law enforcement and drives to promote the personal responsibility of  individuals and friends of individuals that tend to drink to much, then slide behind the wheel.   The individual responsibility method is always the best, but if you don't heed the warnings, you could easily loose more that the binge was worth.   Please Drink Responsibly, and help your friends do so also.  I hate to see my friends faces on the Sheriffs blog page for DUI or even worse, on the Obituary page.   ;o)
Posted by Bahama Bob's Rumstyles at 8:32 AM No comments: