Bartenders Drinking Behind the Bar? 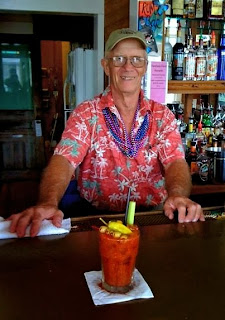 This is a question that is brought up quite often.  Personally, I feel that making cocktails is a job, and I have a work ethic that says that I don't drink on the job.   The real thing about drinking behind the bar is for the safety of my customers.  I cant cut someone off or make sure that they don't drive home if I'm as drunk or high as they are.

In the state of Florida it really isn't an issue, because it is against the law to be drinking and selling alcoholic beverages.   Although  illegal there are different types of bars and different atmospheres, I feel that the individual bartenders have to make their own decisions as to what they feel is right for them.

I have bartender friends that work in England where the bar scene is quite unique and different.  William Cassin, the general Manager of Trailer Happiness a really fun London bar,  had this to say about the subject.   "For me, there is clearly an argument for both sides of this question, each depending on individual circumstances and venues. But, ultimately, I am happy for my crew at Trailer Happiness to have a few drinks behind the bar if they see fit.  I have been in situations where it is completely inappropriate to drink behind the bar, which is why I made a decision not to work in five star hotels anymore. Career bartenders (including those who have worked in high-end hotel bars, nightclubs, pubs and cocktail bars) are generally very responsible and mature. They are capable of deciding when to turn down a shot and they understand when they have had enough to drink." 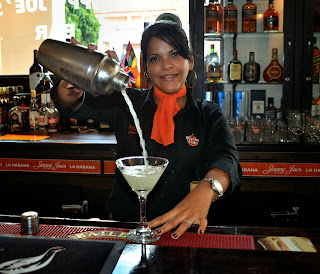 "I am by no means suggesting that it is appropriate to get drunk during every shift and for bartenders to neglect their professional responsibilities. I believe that if you have made that decision to be a career bartender and give every Friday and Saturday to your craft, thus relinquishing your social life and day-walker friends, then you are responsible enough to have a few drinks and still be able to close your station and be attentive to your guests."

I look at things differently than some, but I try to put myself on the other side of the bar and think if I would be happy being waited on by someone that was drunk and not really putting an effort forward making my cocktails properly or staggering around behind the bar.  It is a job!!!   You don't go to drunken lawyers, pharmacists, doctors, mechanics or most any other business, so why would you want to put up with a drunken bartender.  ;o)


Posted by Bahama Bob's Rumstyles at 9:04 AM No comments: