Say Good By to the 2017 Atlantic Hurricane Season

Today officially marks the end of the Atlantic Hurricane Season for 2017.  This has been a devastating hurricane season in the Caribbean, Atlantic and the Gulf of Mexico.  There were three extremely powerful hurricanes, Harvey, Irma and Marie that were responsible for the majority of the record setting damage.

The 2017 Atlantic hurricane season has been a hyperactive and extremely destructive one, featuring 17 named storms, tying with the 1936 as the fifth-most active season since records began in 1851, and the most since 2012.    The season also features both the highest total accumulated cyclone energy and 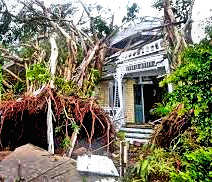 the highest number of major hurricanes since the 2005. Ironically, I arrived here in Key West right behind Hurricane Wilma in October of 2005.    2017’s hurricane season was by far the costliest season on record, with a preliminary total of over $367.56 billion in damages, which is more than double the second costliest hurricane season’s damage. The tough part is that nearly all of the costs was due to three of the season's major hurricanes, Harvey, Irma and Marie.  This season is also one of only six years on record to feature multiple Category 5 hurricanes. Irma's landfalls on multiple Caribbean islands and Maria's landfall on Dominica made 2017 the second season on record other than 2007 to feature two hurricanes making landfall at Category 5 intensity.  In addition, Irma was the strongest hurricane ever recorded to form in the Atlantic Ocean outside of the Gulf of Mexico and Caribbean Sea. 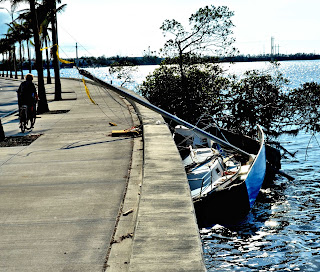 Lets just hope that the 2018 season doesn't come close to this one.  Good by and good riddens  to this year's hurricane season.

Posted by Bahama Bob's Rumstyles at 5:21 AM No comments: