There May be Light at the End of the Tunnel

In Mexico City it was announced that Raul Castro has accepted the new five-year term as Cuban President.  He also promised that it would be his final term in office.   This will be the first time since 1959 when the rebels came down from Sierra Maestra to take control of Cuba that a Castro hasn't been in control of the country.    First in line as a successor to the Castro regime is Miguel Diaz-Canel, an electrical engineer, who became Minister of Higher Education, Vice president for the Council of Ministries, and yesterday named as the Raul's Vice President of Cuba.
﻿
What other possibilities will this have for the Americans that so want to visit and enjoy the products of Cuba?  With the Cuban financial problems, and the failing health of Castro ally Hugo Chavez, it is time for the change that has a possibility of getting the U.S. Embargo lifted.     Though there are many problems that still need to be cleared up, this is the time to work on normalizing relations with Havana. 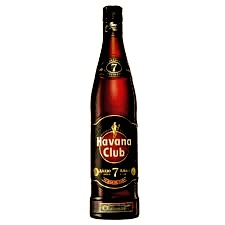 With the first relinquishing of power the the younger generations since the revolution, this will be a great opportunity to return to having a good neighbor to the south of me, just 90 miles away.   I'm still looking forward to taking the boat down and explore this wonderfully colorful and exciting place.  Not to mention that I would like to say YES, when my customers as for "Havana Club" Rum.  ;o)
Posted by Bahama Bob's Rumstyles at 9:09 AM No comments: