It seems that some friction is developing between the rum producing countries of the Caribbean Community and Common Market (CARICOM) and the United States.     This problem may end up in arbitration at the World Trade Organization. according to an article in the Anguilla News by Sir Ronald Sanders. 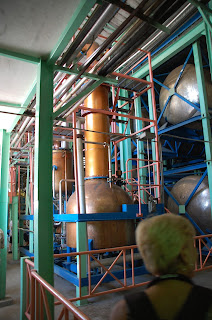 The problem has developed over actions in the U.S. Virgin Islands and Puerto Rico taking advantage of US Government refunds  to them on the rum excise taxes on rum to greatly increase the production of rum and marketing it in the mainland.    It is being felt that the CARICOM produced rums are being squeezed out by the subsidized rum producers make it very difficult to compete in the lucrative US market.

CARICOM feels that the use of these refunds is in violation of WTO rules.     CARICOM rum producing governments feel they must pursue this action with the WTO in order to protect their rum producers market share in the US Mainland from the unfair subsidizing and the prevention of collapse of their distilleries and the subsequent job losses and revenue losses of the countries.   This could really hurt relations between the US and the Caribbean nations and the little islands feeling let down by the whole experience.

I hope that this can be resolved between the participants and doesn't have to get to a full blown WTO case.
Posted by Bahama Bob's Rumstyles at 10:03 AM No comments: