80 Reasons Why Drinking Alcohol Is Great 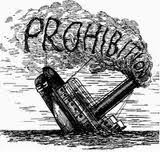 Today is the 80th Anniversary of the Repeal of the 18th Amendment.  This Time article by Laura Stampler is a really fun and apt for this joyous occasion.  Hope you enjoy it as much as I did.


Happy 80th birthday, Repeal Day: A celebration of the end of Prohibition in America


Thursday is the 80th birthday of the repeal of prohibition in 1933, a day that should be heartily celebrated across the country. To give martini aficionado Franklin D. Roosevelt and the 21st amendment a proper “thanks,” we decided to make a list of 80 reasons why drinking alcohol is the greatest.
Let’s see if you can make it all the way through without grabbing a drink. And if you don’t, say safe out there!
1. Because you had a good day.
2. Because you had a bad day.
3. Because, let’s be honest, your day was kind of “meh” and could use something to spice it up.
4. Whiskey.
5. Many doctors recommend a glass of red wine a night to lower the risk of heart disease. And they went to medical school.
6. Although the Mayo Clinic says, “it’s possible that red wine isn’t any better than beer, white wine or liquor for heart health,” which we’re taking to mean all of the above is a healthy choice in moderation.
7. But hey, if you aren’t one for moderation, at least take solace in the fact that every glass of wine you take makes you one step closer to becoming Olivia Pope. (This is an aspirational goal for dudes, too.)
8. It’s called a social lubricant for a reason. Drinking makes you friends. 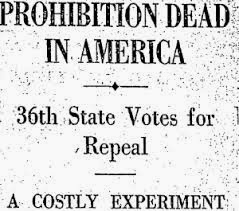 9. Drinking games!
10. Because alcohol has been there for you during the tough times.
11. There’s nothing quite as warm and cozy as bonding with your family over a cup of eggnog come Christmastime.
12. Or Manischewitz during Passover.
13. Come on, the Haggadah asks you to fill your cups FOUR TIMES.
14. Drinking specialties from your country of origin connects you with your roots. Celebrate that high, Eastern European tolerance!
15. Speaking of Eastern Europeans, Frederick the Great, King of Prussia, thought that beer was so great that he issued a manifesto in 1777 declaring its superiority over coffee, which he briefly banned to boost booze sales.
16. Because somewhere in the world, someone did something awesome right now and you should celebrate.
17. Because drinking can help resolve political and cultural disputes. Exhibit A: Obama’s beer summit.
18. For experiential learners, consuming an aged drink is like tasting history.
19. Were brunches even fun before they were boozy?
20. Because there are more than 20 million bubbles in a bottle of champagne. Gotta catch ‘em all!
This is only a quarter of the reasons, you can read the rest at http://newsfeed.time.com/2013/12/04/80-reasons-why-drinking-alcohol-is-great/ 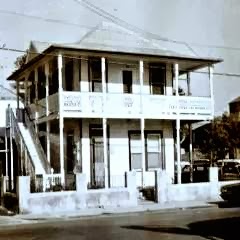 Where I work, there was a speakeasy called The Florence Club during Prohibition, today it is the Rum Bar at the Speakeasy Inn in Key West.  Raul Vasquez, a local rum runner of the era was the owner.  At the time he enjoyed some very prosperous times as a result of the Prohibition era.   Later opened a dinner club on the other side of the island called Raul's Club, that flourished for many years until is death in 1966.
This is a day of celebration for Americans, get out and enjoy your right to safely consume alcohol.   ;o)
Posted by Bahama Bob's Rumstyles at 7:47 AM No comments: