Here in the United States distilleries keep popping up in the most unique old buildings.  Pilar Rum here in Key West is in a tobacco vault built in 1875, Prichard’s in a  old Tennessee old school house and now the Southern Grace Distillery is setting up shop in and old prison in Cabarrus County, North Carolina. 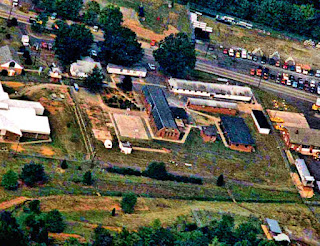 Southern Grace Distilleries – the ‘first’ distillery housed in a US prison – has extended its spirits range with the launch of a new expression, called Conviction Small Batch Bourbon.  “The hard time ageing in oak barrels behind bars here at whiskey prison has created a cask strength Bourbon that’s subtly sweet and smooth,” said Southern Grace Distilleries CEO Leanne Powell.
Southern Grace Distilleries will move into a 13,000-plus square foot dormitory of a former North Carolina prison. The company said that will bring a $1.5 million investment into the facility.  The prison operated from 1929 until 2011. There were 198 inmates there at the time, according to local reports, who were moved to other facilities. The prison was closed because of budget cuts and that cost the town 53 jobs. 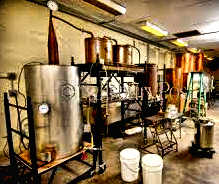 “We are excited at the opportunity to partner with the award-winning Southern Grace Distilleries to repurpose the old prison in Mount Pleasant, North Carolina.  What a novel idea.” said Tom Earnhardt, partner with Mount Pleasant Properties, LLC., which has purchased the 22.4 acre former prison from the state.  “Since the prison shut down some five years ago, the property was quickly becoming an eye sore.  Renovating this property will create much needed jobs and help stimulate economic development in the area. This is the first of several exciting projects we have been working on for some time.”


It makes a perfect place to ferment, distill and age the spirits behind bars were they are safe and from escape.  These old factories schools, and now prisons that are being abandoned are the perfect place for distilleries.  The offer so much more than just a spirits factory, but an attraction for guests to visit and held tourism in the area.
Posted by Bahama Bob's Rumstyles at 5:33 AM No comments: