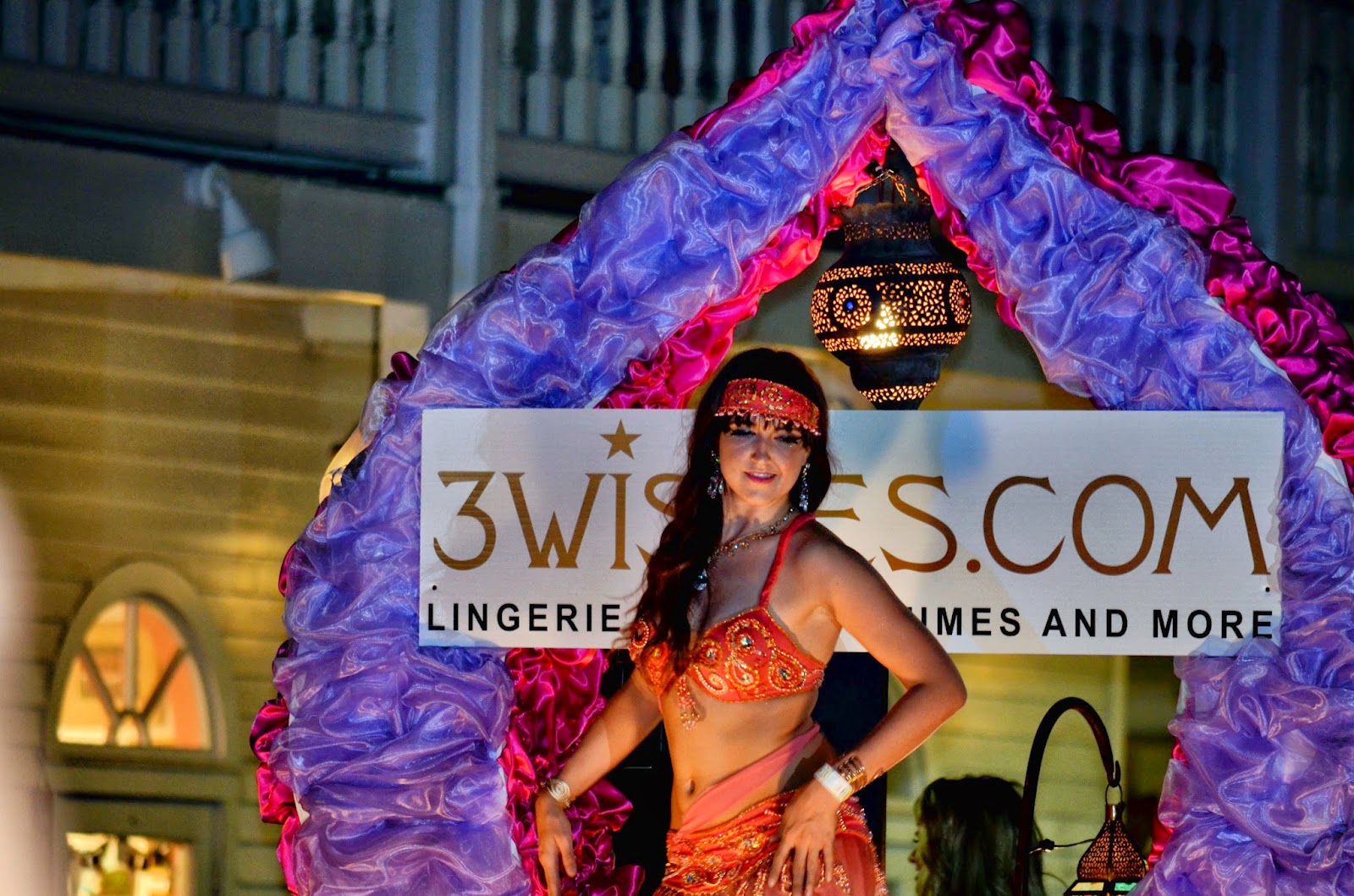 Fantasy Fest in 2014 was for the "die hard" partyer, the rain that took over on Monday and lasted until Friday morning was a lot of what it was really about.  Friday afternoon the sun returned and every one came out to play.   Friday evening as I was heading home from the Rum Bar after a very busy day, I say the painted bodies and the costumes out in full swing.   This is the Fantasy Fest that I expected to see all week.  With the return of the great Key West weather, the party was on for the "People's Parade" and the "street Party later in the evening. 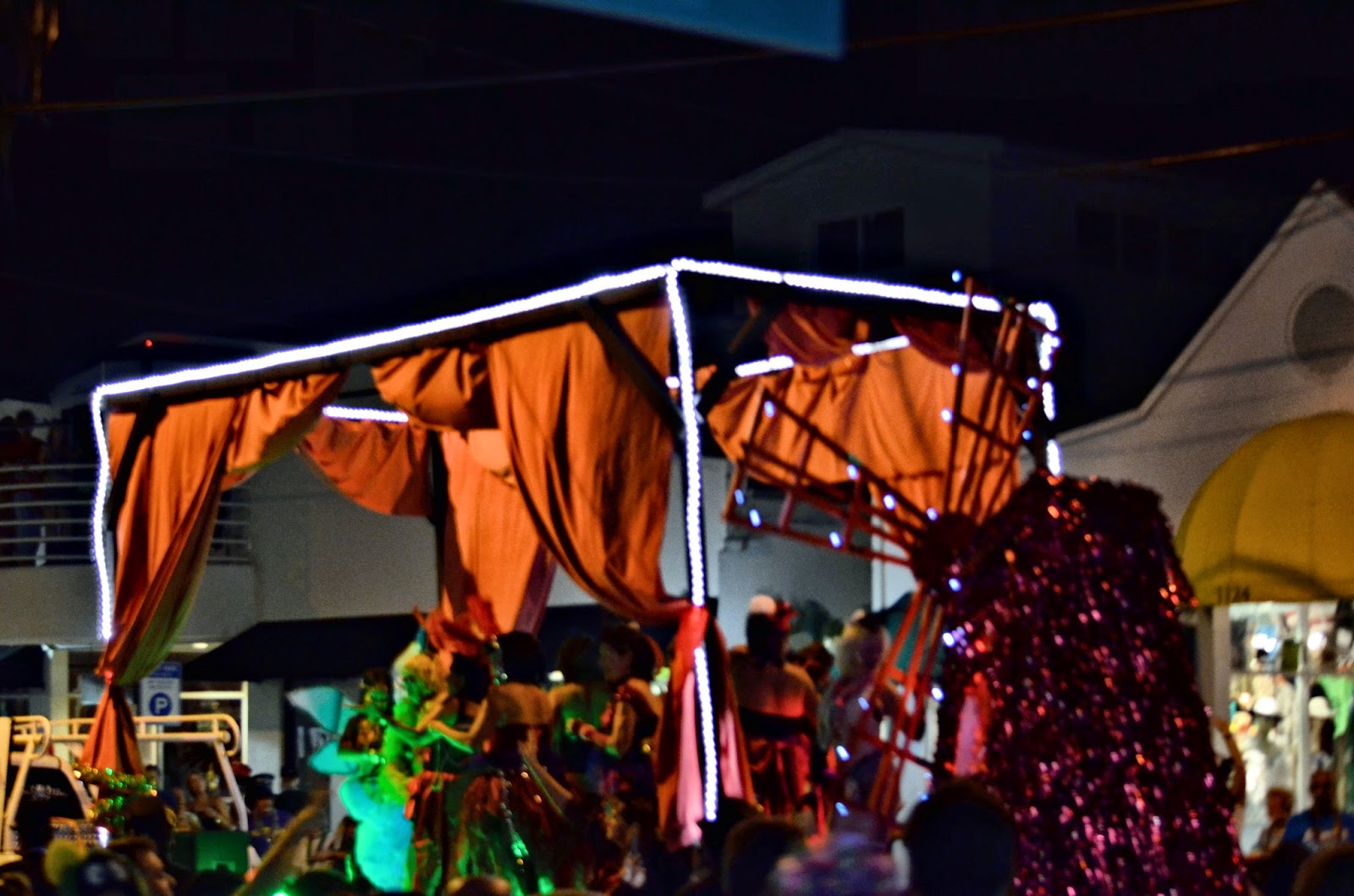 The Grand Finale Parade started at 7:00 pm on Saturday and the crowds were there in force to revel in the fun and oddity of the floats and spectators along Duval Street.
There will be literally Thousands and thousands of beads being tossed from the floats and by the marchers and the reveler's necks will be bent from the sheer weight of all of them they have caught.


I'm really glad to see the weather finally clearing and the fun of Fantasy Fest really enjoyed by all of those that came to town for the event.  It is behind us now and the plans are already being made for next year's by many that are here now.   I hope that those that came down had a really fun time here in spite of the weather, and I look forward to everyone returning next year.  ;o)